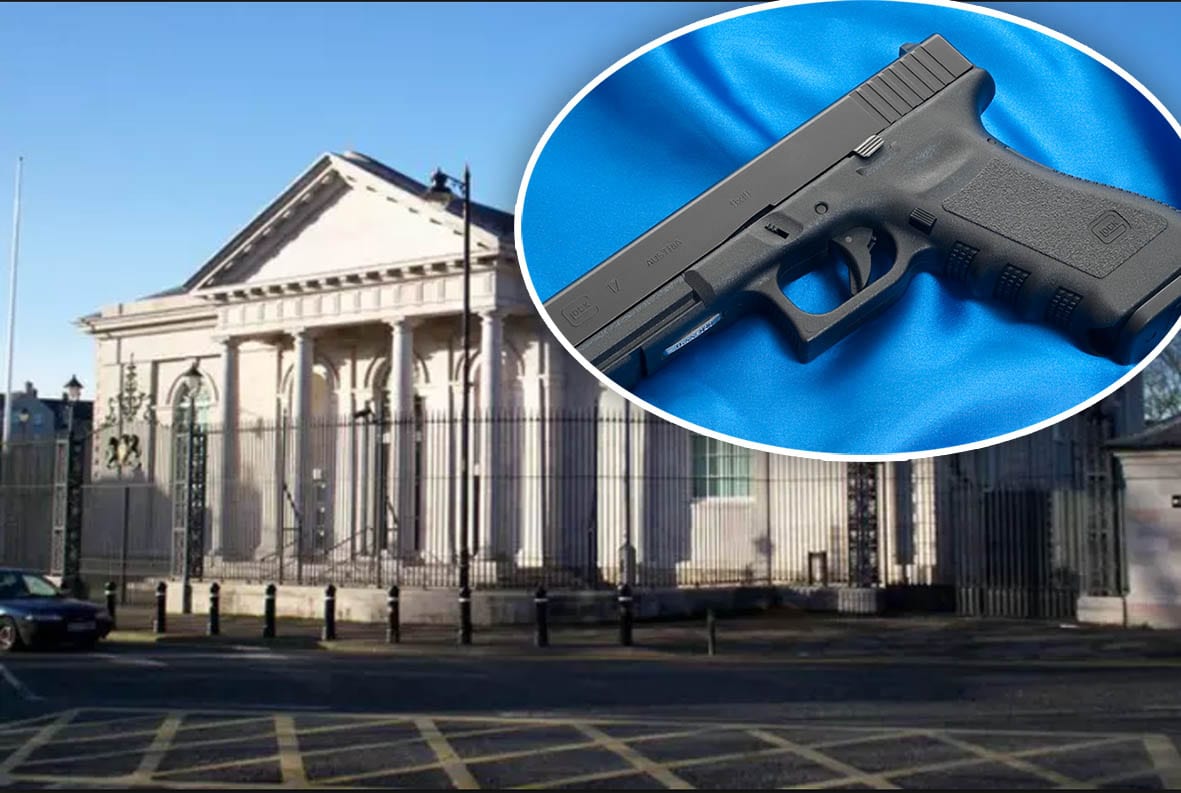 A youth has appeared in court charged with robbing a Co Armagh teenager at gunpoint in 2016.

The minor, who cannot be named for legal reasons, faces six charges, which include aggravated burglary, theft, possession of a firearm and aggravated taking of a vehicle.

The youngster appeared via videolink at Armagh Magistrates’ Court this morning (Tuesday) following the incidents which took place on October 11, 2016.

Despite none of the details being read out in court, he is charged with entering a house on the Damoily Road, Mowhan and stealing glock pistol rounds, DKNY watch, Storm watch, £475 in cash, a gold ring and four medals.

He is later alleged to have entered a house on the Seagahan Road in Collone and stole keys to a Ford Fiesta.

It is further alleged that he did so by holding a teenage girl – the owner – at gunpoint.

The case was adjourned until March 9 where he will appear before Armagh Youth Court via videolink from Woodland Juvenile Centre.

*Main image of Armagh Courthouse and example of a Glock pistol – for illustration purposes only.