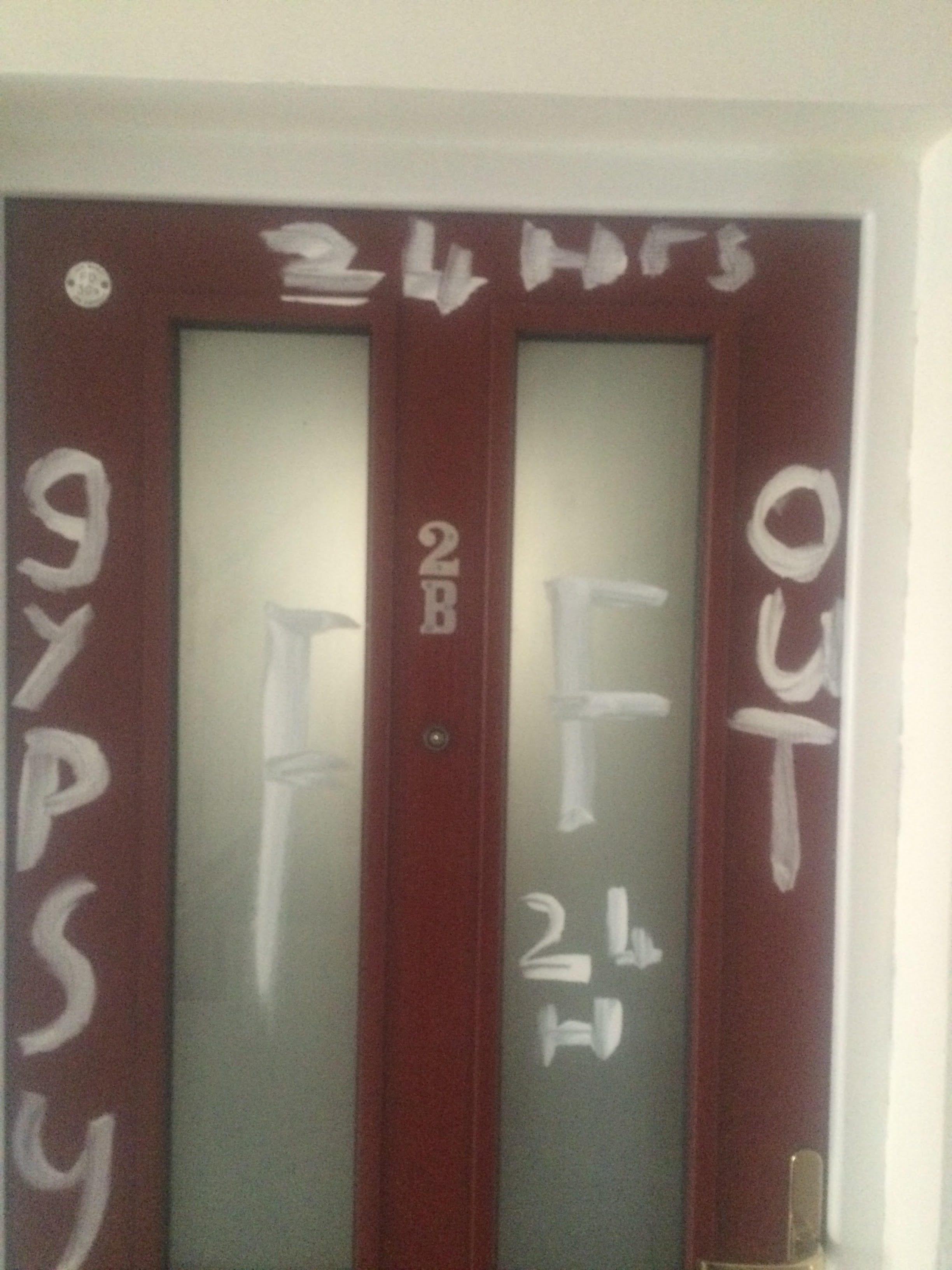 A young Armagh family awoke to find threatening graffiti sprawled across their door in an overnight attack.

The graffiti warns the tenants to leave the property within 24  hours. Newry and Armagh Cathal Boylan has condemned those responsible describing the graffiti as “offensive”.

Mr Boylan said the incident was clearly a ‘hate crime’.

“The attack on this family is unacceptable and there is no place in Armagh for discrimination of any kind,” he said.

“It is dismaying that anyone would seek to carry out such attacks.

“I have spoken to the people targeted in the incident and assured them they have the support of the local community.”

He said the family had two young children and had been left “frightened and traumatised” by this incident.

“I am asking the local community for their support as it is being investigated,” added Mr Brady.