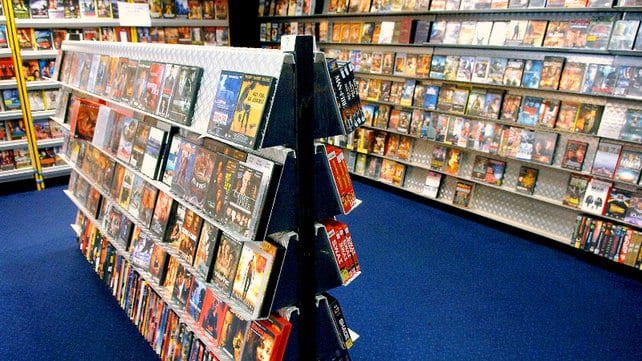 The Xtra-vision shop in Armagh is pulling down its shutters for the final time.

The DVD rental chain has been placed into liquidation and stores are due to cease trading today (Wednesday).

In Armagh the store – which has been popular with movie rental fans since the 1980s – is in the process of closing.

Xtra-vision operates 11 stores in Northern Ireland and more than 70 in the Republic, where the holding company is Oxtermont. It was placed into liquidation this morning. Xtra-vision has gone into liquidation

It was in November that we reported that the stores in Armagh and Lurgan would shut their doors for the final time in the new year.

The DVD and video rental chain announced then it would close eight stores across Northern Ireland.

Xtra-vision said then that eighteen full-time jobs will be lost, as well as more part-time positions.

In a statement in November the company said it had taken the decision not to renew leases that were due to end in February 2016, because of the continued decline in rental DVDs.

It said: “Xtra-Vision is condensing its store portfolio to a smaller number of focused retail locations.”

Earlier last year stores in Strabane and Londonderry/Derry were shut after they were sold to Hilco Capital Ireland for an undisclosed sum.

Now the company has been placed in liquidation.

Up to 580 jobs are at risk across Northern Ireland and the Republic after today’s revelation.

I guess if you’re going, you may as well go quickly. #xtravision Armagh has already brought the final curtain down pic.twitter.com/6razTVeKRB