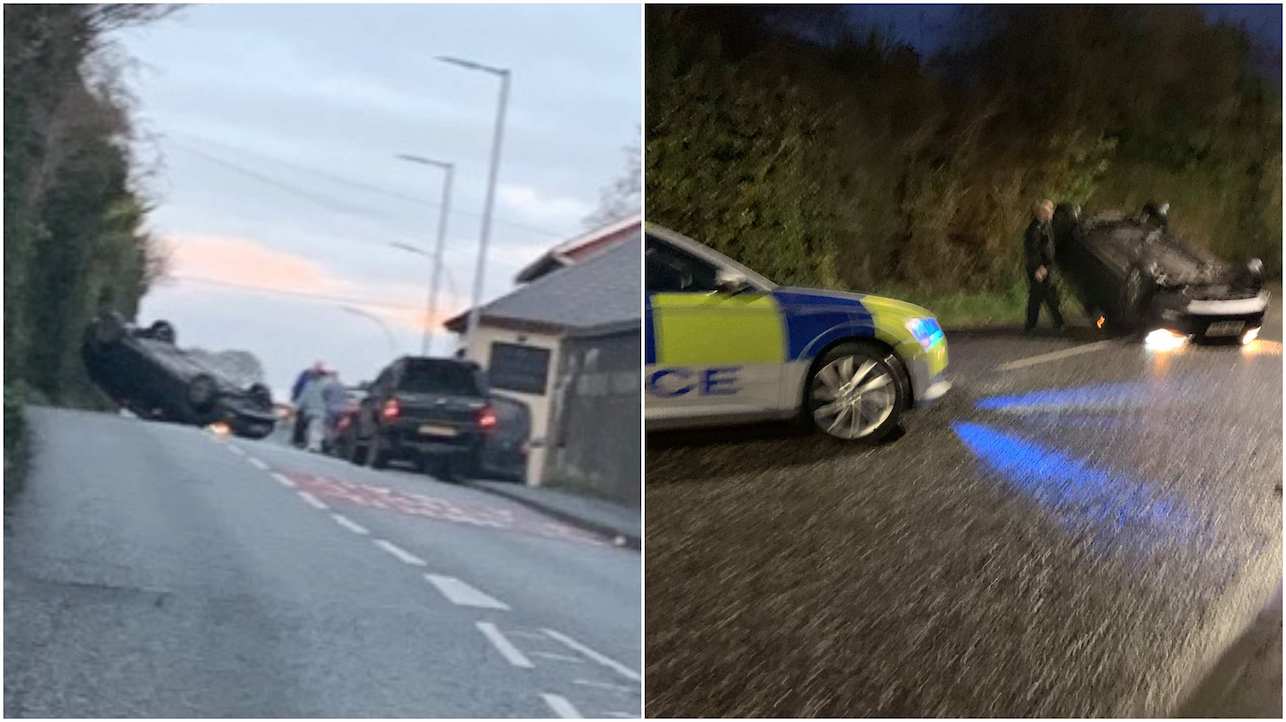 A woman who held neither a licence nor insurance when she left a car, which was not her own, on its roof in Armagh has been handed a six month ban and has been fined £875.

Upon hearing the 21-year-old had been on her way to perfect her partner’s bail from court, the district judge commented: “Love is blind, deaf, dumb and stupid”.

Gerda Rucinskaite, of Alexander Avenue in Armagh, had pleas of guilty entered on her behalf to using a vehicle without insurance, no driving licence, driving without due care or attention and aggravated vehicle taking causing damage at the city’s Magistrates’, sitting at Newry, on Tuesday.

Prosecution outlined how at 4.10pm on December 17, of 2019, police responded to reports of a collision on the Loughgall Road in Armagh.

Upon arrival, officers found a Seat Leon on its roof with other vehicles nearby having also suffered damage.

Police spoke to the driver of the Leon, the defendant, who was receiving treatment from ambulance personnel.

Officers established that Rucinskaite had taken the vehicle without the consent of the owners and that she had been driving without insurance or a full licence.

Defence barrister Patrick Taggart stated that this was “totally out of character” for his client.

He explained that on the date in question, Rucinskaite instructed she had been travelling to court in order to perfect her partner’s bail.

District Judge Bernie Kelly commented: “She can’t drive, she has never held a licence and she thought ‘hey ho I will kill as many people as I want between here and Newry’.

Rucinskaite was disqualified from driving for a period of six months and was ordered to pay a fine of £875, along with the offenders levy of £15.