Champion fundraiser thanks all who supported him 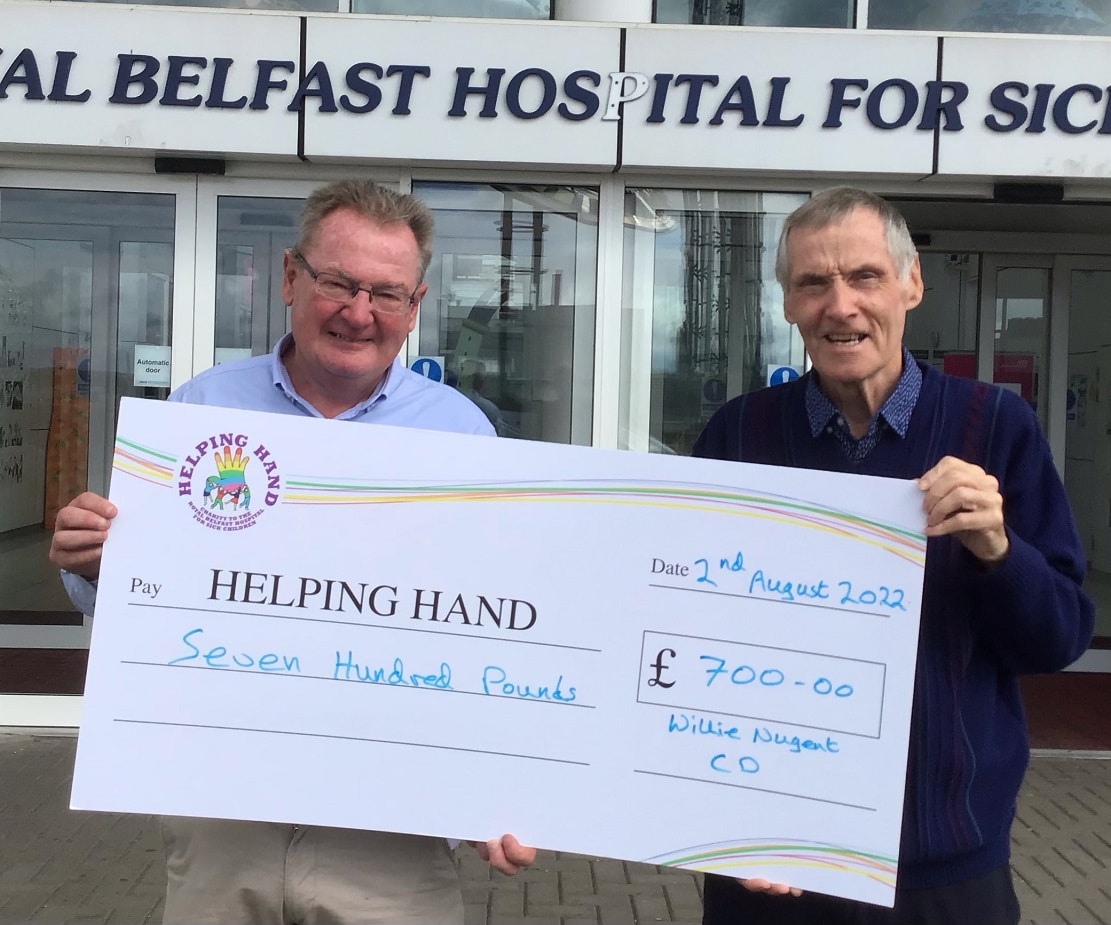 A CD by Armagh man Willie Nugent has raised £700 for The Royal Belfast Hospital for Sick Children.

All  copies of  ‘The Wee House in Armagh’  have been sold and Willie recently handed over a cheque to fundraising officer Nigel Kearney .

The nostalgic song was written by Willie himself,  sung by Larry Hogan and produced by Dublin Studio Hub.

The painting on the cover, of the old Gas Lane in Armagh, was painted by Willie’s late brother Jimmy many years ago.

“My song is not a classic,” said Willie, who has raised hundreds of thousands of pounds for charity over many years. “It’s just a wee trip down memory lane.”

All costs of producing the CD were paid for by Willie’s family and friends which meant every penny raised went to the hospital.

Willie would like to thank everyone who bought the CD with a special word of thanks to Raffles,  Ulster Gazette shop, Armagh Blooms and Trimprint for all their help.