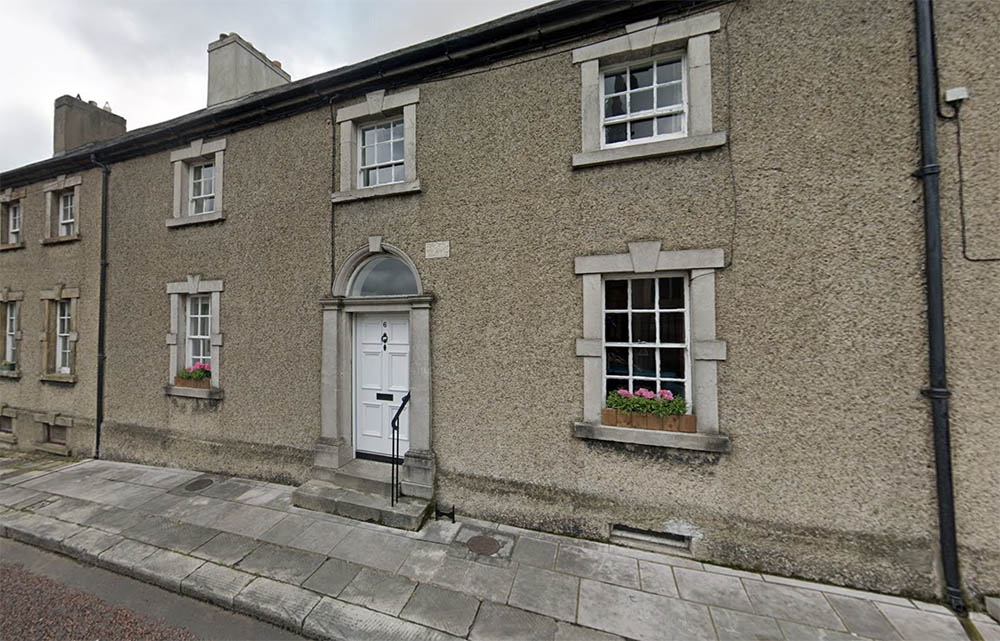 When renovations were being carried out to No. 6 Vicars’ Hill in Armagh around 30 years ago, the first strike with the sledgehammer sent workmen running out of the house and down the hill.

Not the most normal reaction but then this isn’t your everyday house – but one in which a murder was committed 133 years ago by the Green Lady, whose ghost is said to walk the streets of the city.

According to official records, in 1888, 21-year-old Bellina Prior, daughter of the late military commander of Armagh, was charged with the murder of four-year-old Annie Slavin by drowning her in a kitchen boiler.

There were tales that Bellina’s spirit was captured in a ‘green’ bottle, hence the name Green Lady, and she would once again escape if the bottle was broken, while other stories said the bottle was bricked up in the house.

Portadown man Hal Dawson, whose mother has lived happily and without any ghostly goings-on in the house for the past 30 years, said the workmen had been frightened off by the prospect of uncovering the green bottle.

Hal said: “There was a fella called Walter Rollston doing building work at the house, because there were a lot of renovations needed when mum and dad moved in.

“The window of the front room, looking out onto the street, was all bricked up and there was a rumour that the spirit of the green lady was in a green bottle in the window.

“Walter came in and three or four workmen were along with him. He just dampened his two hands, picked up the sledgehammer and said, ‘Right guys, let’s see if there’s any truth in this’.

“He took a big swing with the hammer and went through the first block, and whether there was a strange sound or whether it was the block breaking, but everybody except Walter ran out of the room and down the street.

“Whenever they pulled all the blocks out there was nothing there at all!”

The house was also used in the filming of the Chronicles of Frankenstein with Sean Bean several years ago.

“There’s a clip when the body snatcher is running out of the house. My mum was actually sitting in her chair watching him run out of her house!” said Hal.

“And at the big church service at the weekend, the one the Queen couldn’t get to, all of the interviews were done in front of mum’s house, so for whatever reason it seems to be an attraction.

“The whole craic used to be that it was the one house in Armagh that was never vandalised because of the Green Lady.

“Mum loves all the stories surrounding it. When dad was alive, he would have been sitting and you would have heard a creak and there was the door opening and he used to say, ‘Come on ahead in and make yourself at home!’

“It was just that with the old doors, if you didn’t close them properly and there was a wee gust of wind, they would have opened.”

Hal says that although he has been in the kitchen – where the murder took place – hundreds of times he hasn’t “seen anything spooky yet”.

“The whole kitchen area, which has three cellars, is below street level so it’s actually a four-story house if you count the basement,” he added.

“It’s like a tardis. It has a massive garden at the back and whenever mum gets her coal delivered, they just lift a wee manhole at the front and drop it down straight into the cellar.

“I’m sure if that house could talk, it would tell a few stories.

“There still would be kids to this day who know about the Green Lady. Not that long ago, there were some children walking past and my brother was coming out of the door at the same time and it scared the wits out of them!”