Watch: Teenage friends tell of bullying and prejudice growing up gay in Armagh 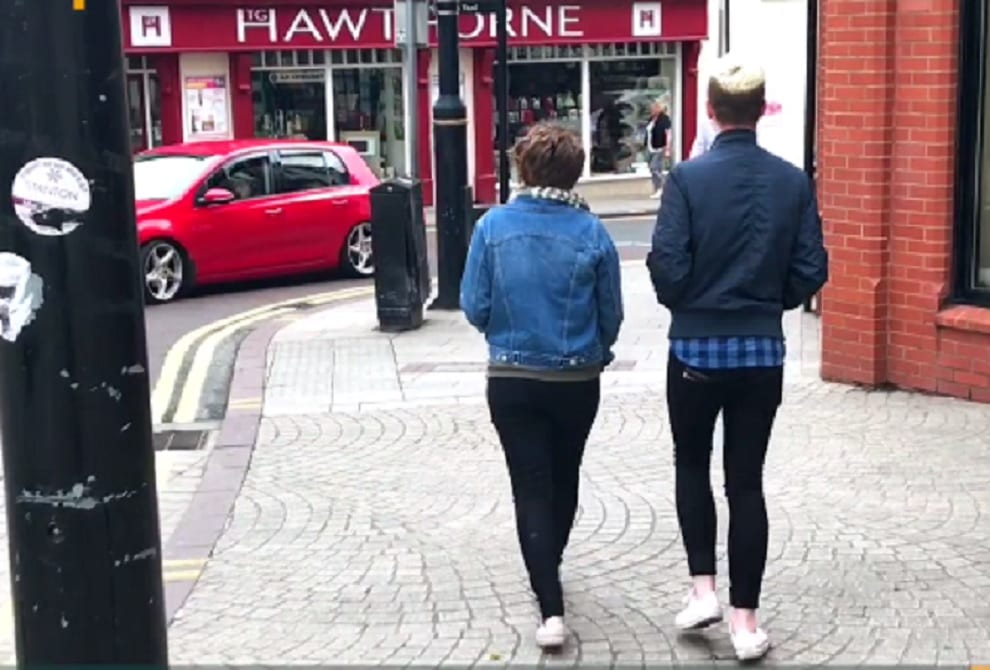 Two teenage friends have told of the struggle they face as a result of growing up gay in Armagh.

Speaking to BBC Stories they outlined what it was like for them, about coming out, explaining how without each other they do not know how they would survive.

Sarah and Thomas – both 17 – were filmed on location across different parts of the city.

In a horrifying revelation, Thomas also reveals how he was raped as a 15-year-old boy after meeting an older man online.

He says the case was not pursued as there was “insufficient evidence”.

Thomas also believes that teachers require more education on LGBT issues and feels there would be “less bullying” and young people would not feel the need to seek comfort and security online.

Both Sarah and Thomas attend an LGBT support group and it is through that which they have made a good circle of friends.

Yet both are of the firm belief that attitudes in Armagh and Northern Ireland as a whole are way behind where they should be.

Both of the teenagers’ parents also spoke as part of the segment, with Sarah’s mum telling of the need and desire to protect her daughter from the ‘small town’ attitudes.

“It is a small town – there are people who are open-minded,” she said. “There are also people who are not open-minded. They’re very, very narrow-minded and can be cruel and I will do anything I can to protect her from that.”

Sarah wishes more people were accepting of her sexuality and adds: “I’d love to be able to walk down the street holding a girl’s hand but I don’t know if I’d feel safe to do it.”

Thomas wants to see society move forward, saying: “We’re still back in the 1900s where we’re not allowed equal rights.”

And Sarah is quick to back him up as she says: “It’s like they are using their religion to make someone else unhappy which is what religion is against doing.

“I love it here because all my family’s here. At the same time it’s still quite unaccepting.