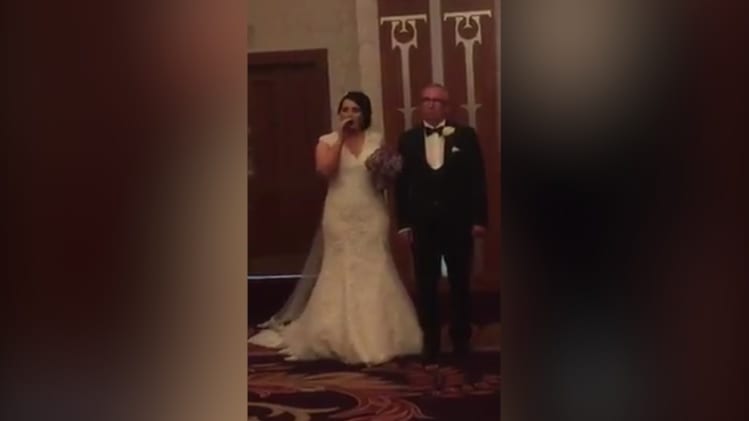 This is the moment a beautiful county Armagh bride serenaded her husband-to-be all the way down the aisle.

Edele Moley, from Culloville, linked arm-in-arm with her dad Thomas, walked down the aisle at The Knightsbrook Hotel in Trim, with Clady man Peter McGeown nervously waiting at the other end.

To the surprise of Peter and the entire congregation, Edele melted the room with her stunning rendition of God’s Plan.

Close friend Clár Smyth was let in on the secret surprise in order to catch the moment she described as simply “beautiful”.

Edele and Peter have been together for 10 years, getting engaged on the Love Bridge in Paris two years ago.

Clár, speaking to Armagh I, said: “They are a great couple but Edele is the boss. Peter’s an old romantic though and they compliment each other so well.”

Good luck to both Edele and Peter. Here’s to many years of health and happiness.