Watch: A fantastic Armagh take on a Christmas classic! 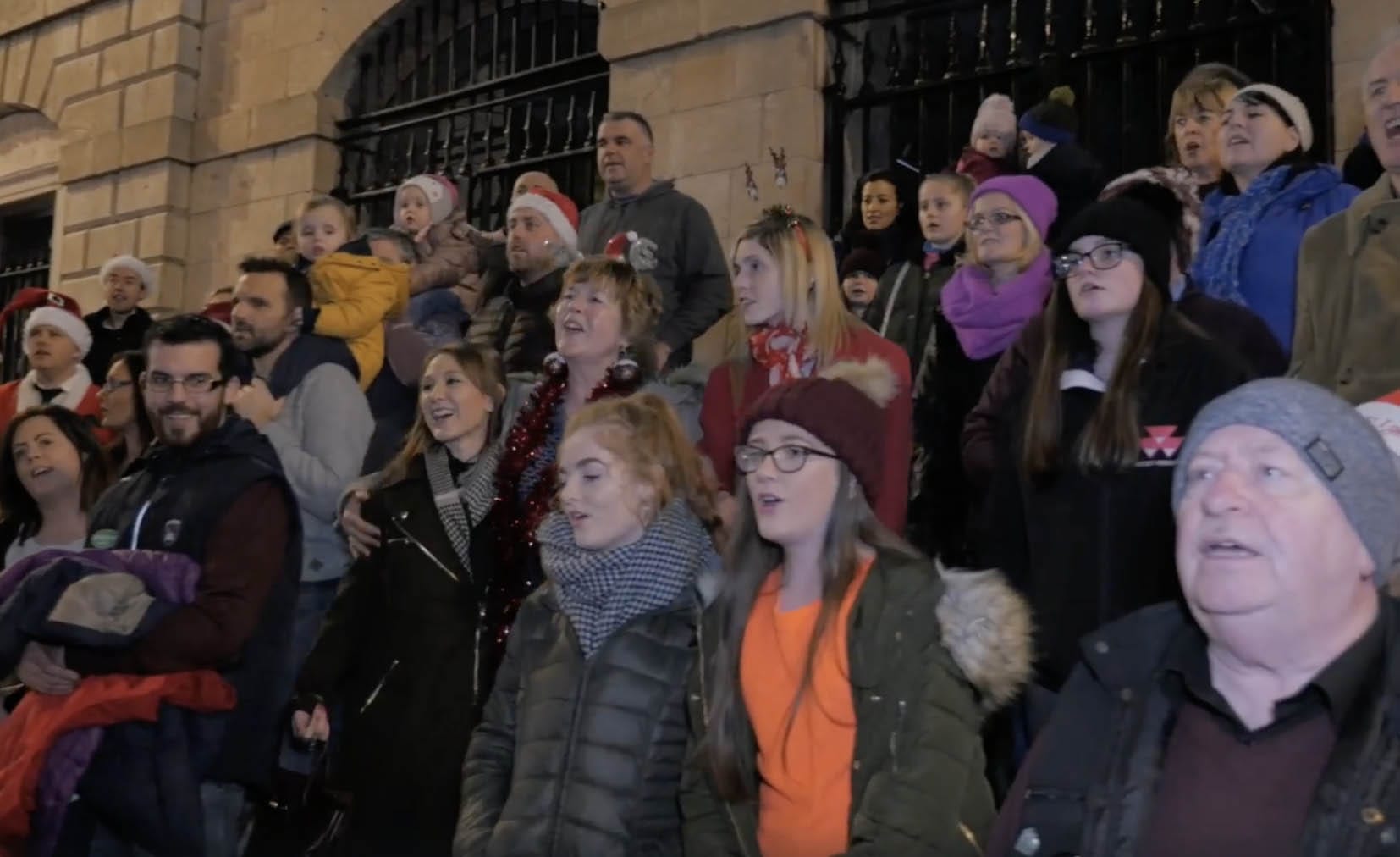 An Armagh take on a Christmas classic will bring help and hope to orphans in Belarus.

On New Year’s Day, a party of 16 will leave the city and district to head to the region, north of Chernobyl.

There they will be bringing aid to the orphans in a very practical way.

And to help them on their way, the biggest selling charity single of all time – Do They Know It’s Christmas – has been given an Armagh make-over.

The classic was penned by Bob Geldof and Midge Ure in response to the TV scenes depicting the famine in Ethiopia.

It topped the charts in 1984, after Geldof and Ure assembled a supergroup who recorded it in just one day.

Here in Armagh and MD Rafferty Guitar School assembled a supergroup of their own!

School proprietor Marty Rafferty and his fellow tutors made an appeal to the public to come out and show their support and sing along for segments of the video.

The good folk of Armagh were not shy in coming forward and braved the cold to do just that.

Just two weeks ago they gathered in front of the branch library to sing their proverbial hearts out, along with young pupils of the Guitar School who brought along their instruments to add to this cool Yule cover!

The result is nothing short of spectacular.

The video boasts an introduction by super-athlete Stevey McGeown – one of those who will be travelling to Belarus – who implores viewers: “We are going out there to bring Christmas to the orphans of Belarus and we’d like you to help us by sharing this message and by donating to this cause.”

It’s a fantastic rendition of a timeless classic and is getting a huge response on social media, and rightly so!

Once again Marty Rafferty and Co have pulled out all the stops.

Last year they wowed us with everyone’s all-time festive favourite, Fairytale of New York, by The Pogues and Kirsty MacColl.

But this year we think they have even excelled that – and it’s all for a fantastic cause!

MD Rafferty Guitar School have thanked Paddy Craig and the SRC Armagh music students, 15 T Street, Chris Heath, all of the talented local musicians involved, all of their students and parents, all of the tutors at the, Dolan Byrne, Stevey McGeown and all of their family and friends for all their help and support.