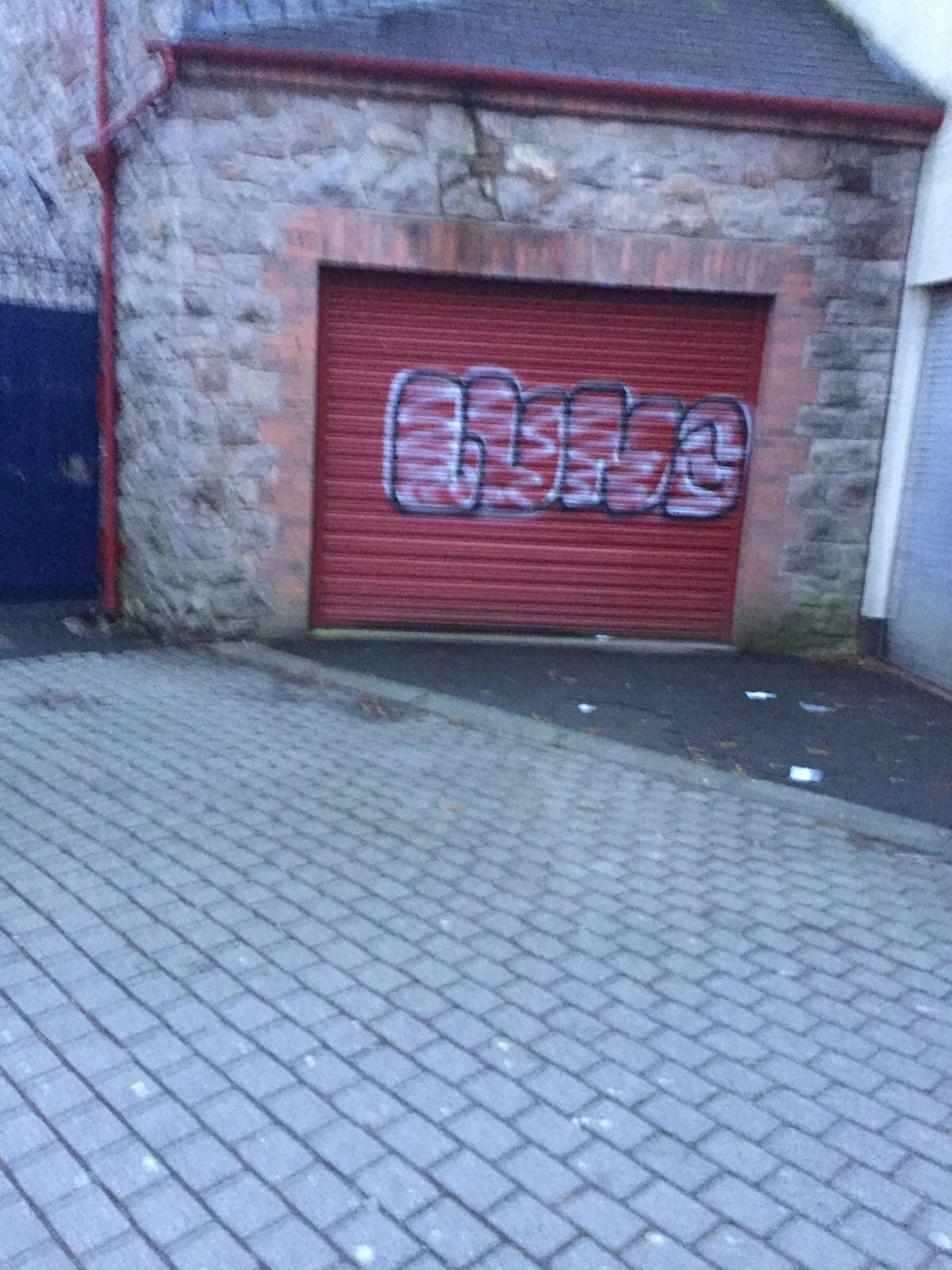 Business owners in Armagh city have woken up to find many of their premises the target of mindless vandals.

Several shop fronts in the city have been targeted overnight in what can only be described as a graffiti scrawling spree.

Among the businesses targeted are; Hawthornes on Scotch Street, Embers beside the Hole in the Wall bar, as well as the Market Place Theatre.

The letters LUNG – or something similar to that – have been spray painted on walls and shop front shutters.

A member of the public sent us these photographs this morning and told us they were shocked with what they had seen.

She said: “Usually you may get an isolated incident like this but for it to be painted on so many walls in the centre of town is just unbelievable.

“Surely someone must have seen them do it. Like I said, it’s hardly inconspicuous.”