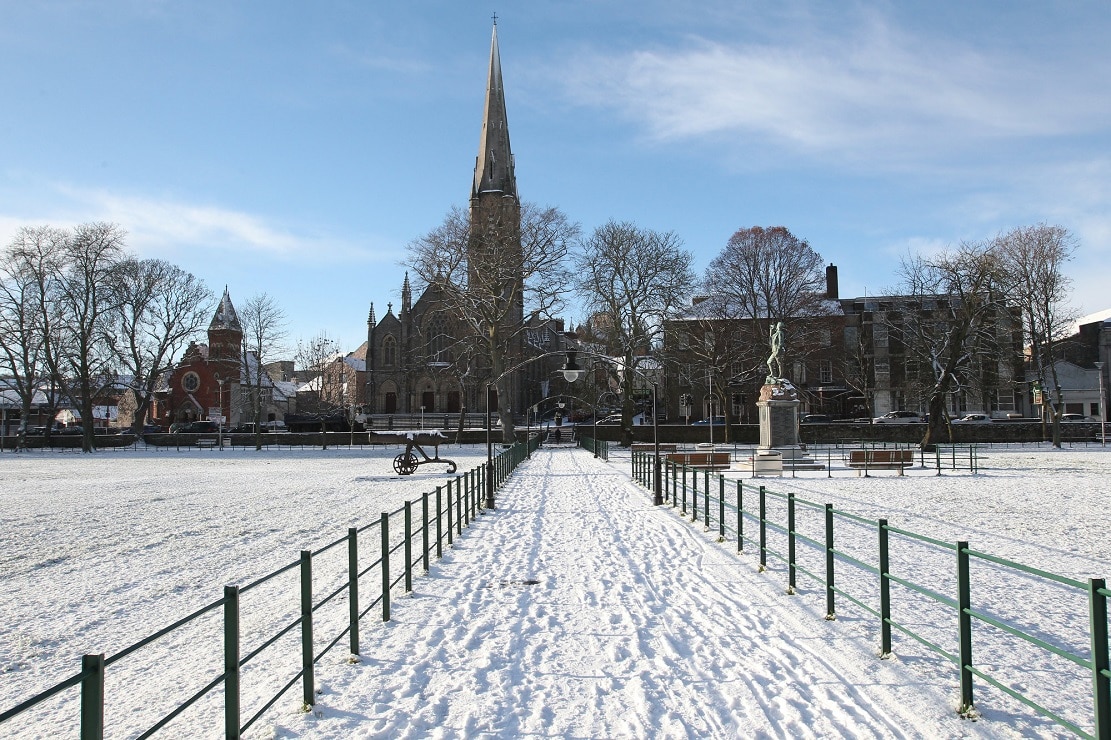 As the only Northern Ireland bid for UK City of Culture 2025 our richly historic, but often understated, city of Armagh and wider borough of Banbridge and Craigavon – is certainly a place that makes for an eclectic mix of heritage and culture, possibly why it is currently one of the front-runners to win the prestigious title.

You know the old saying ‘it’s the quiet ones you have to watch’, well there is a definite sense of anticipation and intrigue surrounding the pending bid submission in early February.

The competition entry has seen a renewed sense of awakening in the uniqueness of this enchanting place, as J.B. Vallely, internationally renowned artist said, “it’s almost like a spark igniting”.

Now that people have the opportunity to talk about the city and borough, the buildings, the history and the vibrancy of their culture – a continuous flow of impassioned stories and ideas are emerging with invigorating freshness.

Armagh city is steeped in Georgian architectural gems and is the birthplace of some of history’s enviable firsts.

From Emain Macha, one of the great spiritual sites of pre-Christian Celtic Ireland, to St. Patrick and the imposing cathedrals named in his honour, a library known as the Healing Place of the Soul and Armagh Observatory, symbol of the Age of Enlightenment and the oldest active institution of its type in these Isles. Contrast this with the old railway town of Banbridge famous for linen, Captain Crozier and more recently Game of Thrones, and the new ideological town of Craigavon, with its industrial roots, lakes and traditions – how could this not be a smorgasbord of cultural intrigue?

But what would winning this title mean for the people, the place, and the future? The title would provide a positive step change for the city and borough that is in many ways struggling to find its place in the ever-changing economic and political landscape of Northern Ireland.

In terms of economic regeneration and the international attention that winning would bring – it would certainly stimulate much needed investment potential within the tourism, arts and culture sector, and catapult infrastructural investment in digital technology and transport firmly onto the radar at Stormont.

A collectively focused project such as this bringing on board key influencers and stakeholders from across the UK could provide the fundamental drivers for skills development, employment growth and long term economic impact for the region. For Armagh city and its borough this is not about a one-year programme of events – it is about creating a foundation for long-term sustainable regeneration, investment and positive change.

Winner in 2013 Derry/Londonderry, Hull in 2017, and more recently Coventry in 2021 are prime examples of the impact this culture-led initiative can have. Each city was propelled into the spotlight in an extraordinary way, but fundamentally managed to address their own set of socio-economic challenges through this unique opportunity by creating a platform for positive change, collaborative thinking, strategic investment, and perhaps most important a lasting legacy that has achieved real impact for the people of their cities.

Yes, it is true each city is different, but one of the fantastic things about the UK City of Culture project is that it affords each city time to learn and evolve on its four-year journey and beyond. There can be no doubt that the lasting legacy is one that provides a huge boost not just to the regional economy, but also to civic pride and the reputation of the place – that can only be a good thing!

The bid will be submitted on 2 February, when the judging panel will shortlist to the final three cities. If you would like to get involved or find out more log on to www.Armagh2025.com or email:
cityofculture@armaghbanbridgecraigavon.gov.uk