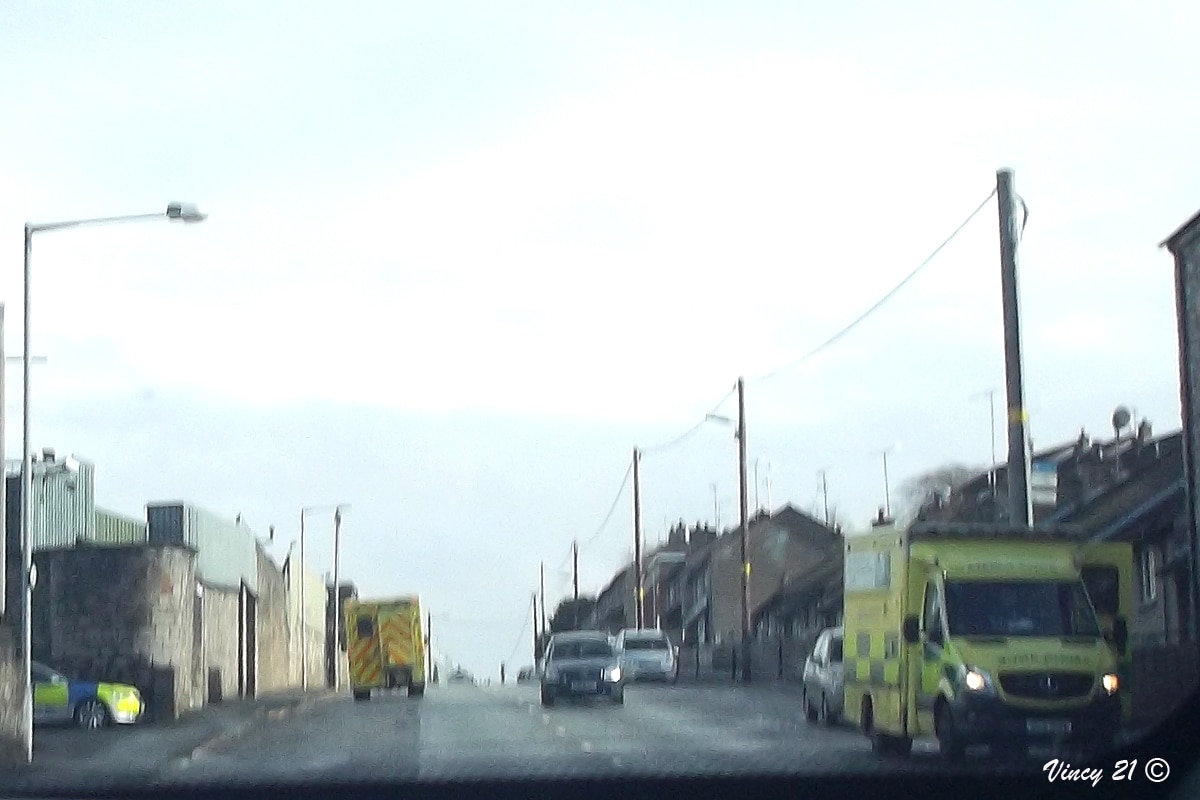 Two men were taken to hospital for treatment to injuries after an incident at a house in Armagh on Saturday.

And penalties were also issued by police over breaches of Covid-19 regulations as part of the same incident.

Police and two ambulances attended the scene at Barrack Hill on Saturday morning.

It followed a report being made to police of anti-social behaviour in the area.

A PSNI spokesperson confirmed an investigation into what happened is ongoing.

She told Armagh I tonight (Sunday): “Officers responded and attended an address where they located a number of people inside a house.

“Two men at the scene were found with minor injuries and were taken to hospital for treatment.

“Enforcement action was taken in respect of the Health Protection Regulations with three COV 4 £200 fines issued and a further three people to be reported to the Public Prosecution Service for breaches of the regulations.

“A 17-year-old male received a Community Resolution Notice for breach of the regulations.”