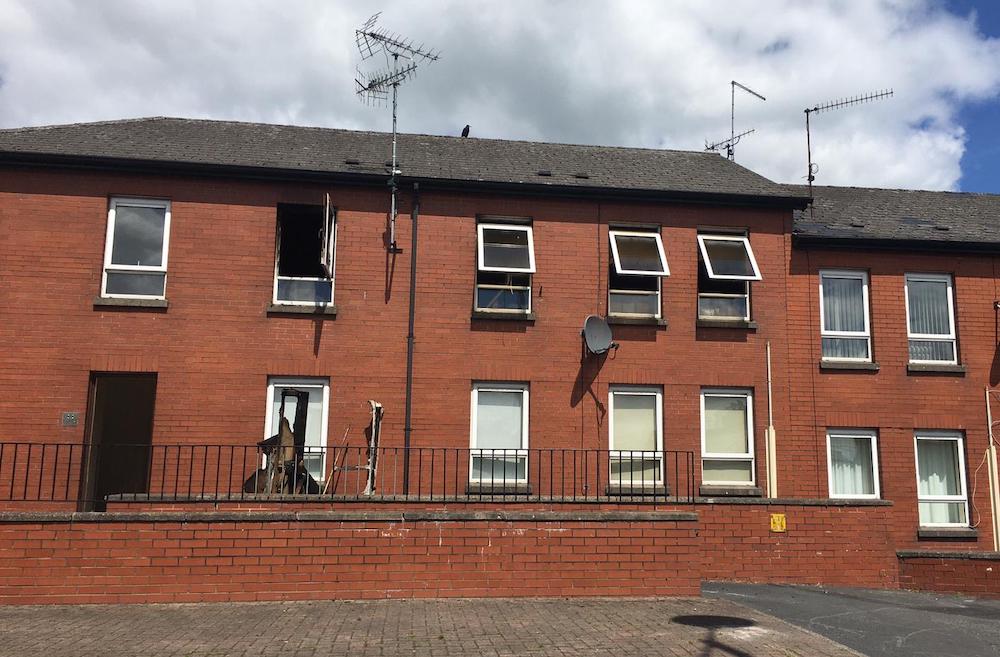 Two men were pulled to safety by heroic firefighters following a flat fire in Armagh on Sunday morning.

The blaze broke out in a first floor flat of a property in the Banbrook Hill area of the city shortly after 8.30am.

Two fire crews from Armagh and one from Portadown rushed to the scene.

“Firefighters rescued two men from two separate flats and led them to safety.

“Neither of them had any injuries.”

The cause of the fire is believed to have been accidental ignition and the incident was dealt with by 9.45am.

A police spokesperson added: “Police received a report of a fire at a property in the Banbrook Hill area of Armagh around 8.50am on Sunday morning.

“Officers attended along with colleagues from the Northern Ireland Fire & Rescue Service who extinguished the blaze.
There were no reports of any injuries.

“The fire is not being treated as suspicious at this stage.”