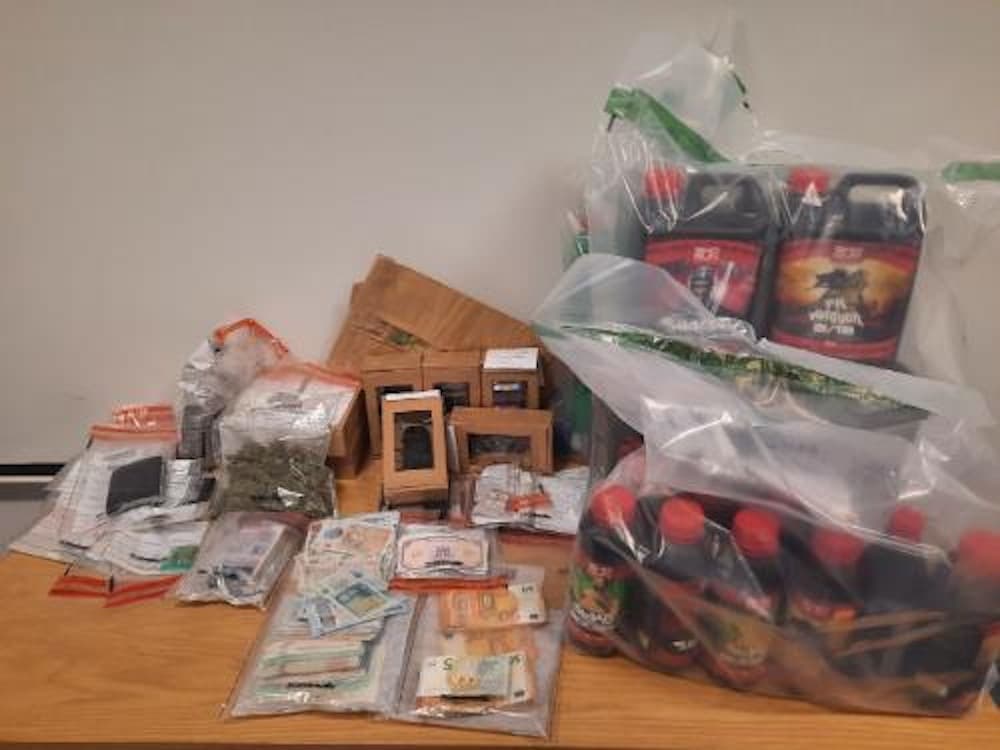 Two men have been arrested in Armagh and Moy by Detectives from the PSNI’s Organised Crime Unit.

Officers seized suspected cannabis with an estimated street value of around £8,500 together with around £12,500 and just over 8,000 Euros in cash, as well as equipment used in the cultivation of Class B drugs.

The men have been arrested on suspicion of a number of drugs-related offences.

They are currently in Omagh custody suite where they are being questioned by detectives.

Detective Inspector Aubrey Shaw said: “The arrests and seizures were the result of searches carried out this morning in the Mid Ulster area, namely Moy, Armagh and Dungannon.

“The searches were carried out as part of an investigation into suspected drugs criminality in these areas.

“They remain in police custody at this time.”

“We will continue to disrupt those involved in drugs criminality and this works best when we work hand in hand with people in our communities. Information from local people gives us the chance to remove drugs and other harmful substances from local areas and put those responsible before the courts.

“The information may lead to the start of a new investigation, but no matter how seemingly insignificant, with the continued help and support of the community, we will continue to address this issue as a priority. I want to take this opportunity to appeal to anyone with information about the supply of illegal drugs, or anyone who has concerns, to get in touch with us on 101.”