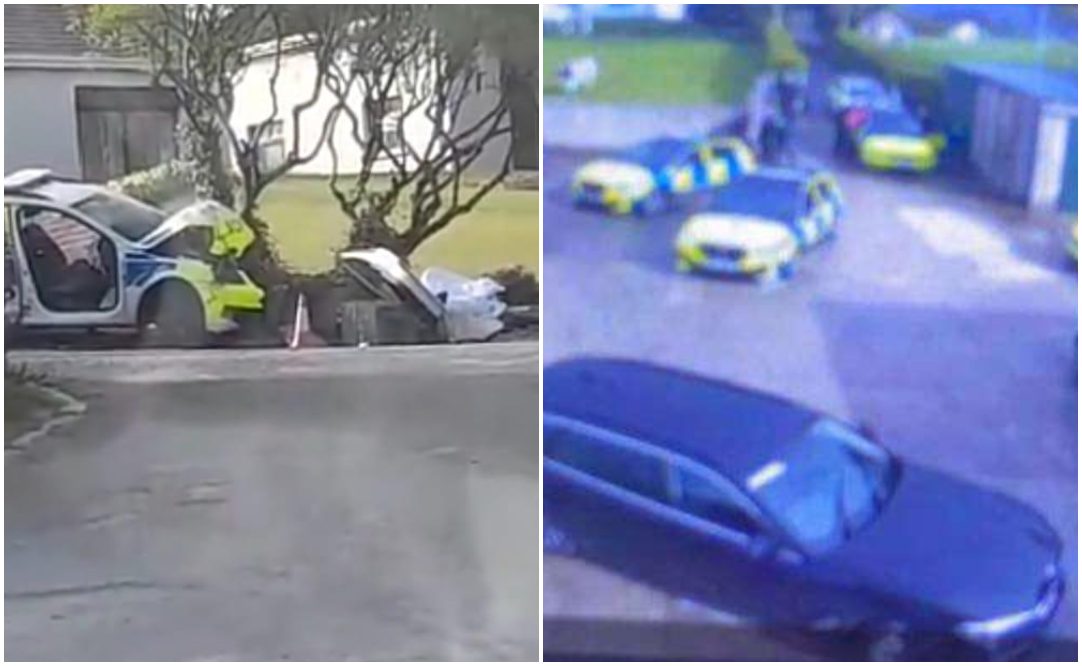 Two men in their 20s have been arrested following an attempted ramming in Armagh earlier today (Wednesday).

The incident led to a large police operation which culminated in the arrests of the men – aged 22 and 24 – at a farmyard in the Keady area.

It is understood a police vehicle was badly damaged during the operation, which lasted several hours.

Police helicopters and various checkpoints were placed along the Castleblayney Road / Clea Road area earlier this evening as the search for the vehicle continued.

The two men were eventually arrested on suspicion of a number of motoring offences.

Chief Inspector Bernard O’Connor told Armagh I: “The arrests follow a road-related incident on the Keady Road, Armagh, which was reported just after 3.45pm.

“A member of the public reported that a suspicious vehicle, with two males on board, had attempted to ram the reporting person off the road.

“Both men remain in custody at this time.

“Our enquiries continue, and I am appealing to anyone with information, or who may have captured dash cam footage, to contact us on 101 quoting reference number 1180 of 05/05/21.”