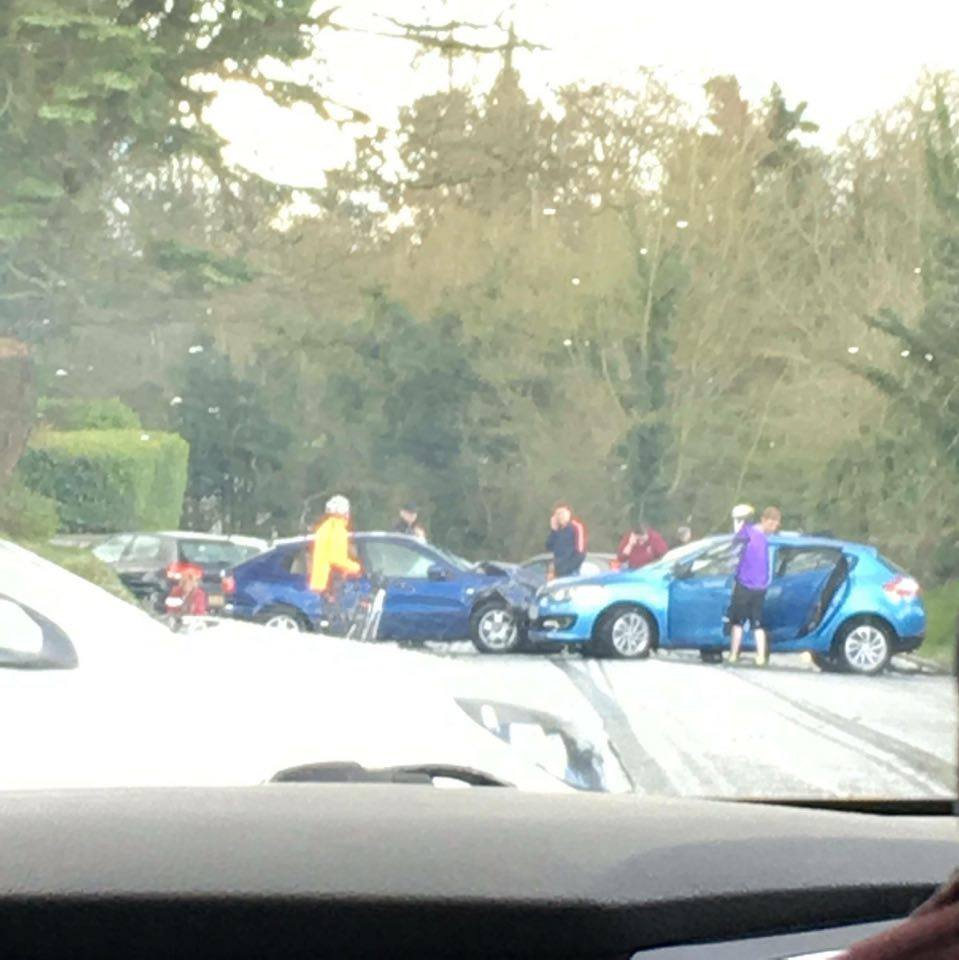 Two cars were involved in a road collision on the main Keady to Armagh Road on the outskirts of the city earlier today.

The two vehicles, understood to be a Ford and Vauxhall, collided near the Beechill Road – an accident blackspot.

One eyewitness, speaking to Armagh I, said: “The scene of the accident looked bad. It had just started to hail, which made the road extremely treacherous.

“There were a number of cyclists out at the time but thankfully it doesn’t appear that anyone was seriously injured.

“This is not the first time I have come across an accident on this road; there was one last year just about 100 metres from this one toady. I hate this road.” RTC on the Armagh to Keady Road

The road had to be closed for a number of hours today as emergency services dealt with the accident, which occurred around 3pm.

There were no report of any serious injuries.

This is just a latest in a series of accidents on this stretch of road. Only last month was there  further road improvements – at a cost of £100,000.