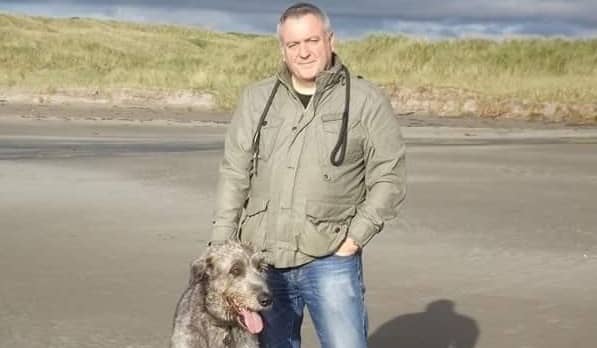 Tributes have poured in following the tragic death of father-of-two Tim Woods.

Tim, known to friends as Spike, died in a one vehicle car accident on the Castlebalyney Road around 4.20pm yesterday (Saturday).

The 52-year-old was a Sinn Fein party activist and was out on Saturday helping ahead of the upcoming Assembly elections.

Newry and Armagh candidate Cathal Boylan has extended his condolences to the family.

“I am shocked and deeply saddened at the news today that a Sinn Féin party activist Tim Woods was killed in a car crash today near Keady,” said Mr Boylan.

“My thoughts and prayers are with Tim’s family as they come to terms with the news of his tragic death and I extend my condolences to them on behalf of myself and the party locally.

“Tim was a valued friend and party activist. He was a man of great wit and charm and will be sadly missed by all who knew him and it’ still hard to take in that he has been so tragically taken from us.”

Lord Mayor Garath Keating added: “Devastating news of the tragic loss of our esteemed Sinn Féin party colleague Tim Woods. Affectionately know to his friends as ‘Spike’, he was a much loved and active member of his local community. His wit and warmth will be sorely missed by many.

“Our thoughts and prayers are with his family at this hugely painful time. Such tragedies put things into perspective and we should value each and every day and those around us as we really don’t know what lies in store. RIP Spike.”

Darren McNally posted on Facebook: “Tim your witty charm will be forever missed and while the road ahead will not be the same without you here, we will endeavour to carry on the good work that you were very much a part of in this area. Sleep well comrade.”

Others paid their own tributes on Facebook, with one person saying: “A good neighbour of mine at one time and a gentleman.”

Another said: “Shocked to hear about the death of Timothy, was a lovely fella. Gone too soon, rest in peace.”