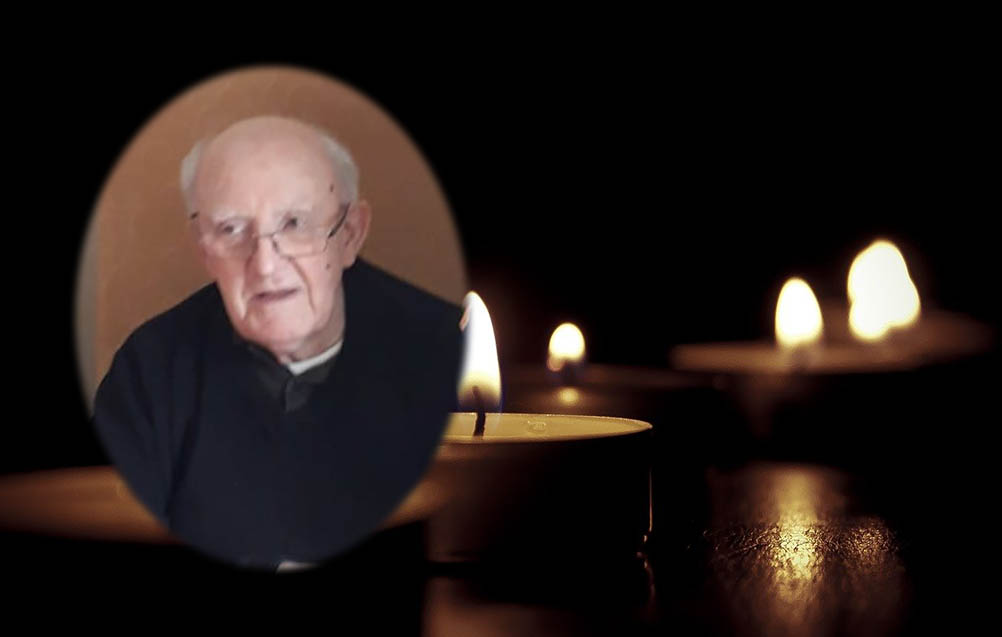 Tributes have been paid following the sad passing of Westmeath native Brother Larry Ennis – a man who had Armagh – and Ulster – GAA woven into his very fabric.

He passed away peacefully in Dublin earlier today (Thursday) at the grand old age of 88.

For many years Br. Ennis worked tirelessly among GAA circles, particularly in colleges and underage football. He made Ulster his home for more than 50 years.

Br. Ennis’s name is associated with the Ulster Schools’ MacRory Cup; his involvement stemming from stints with St Mary’s, Belfast, Omagh CBS – with whom he managed titles in 2001, 2005 and 2007 – as well as St Patrick’s Grammar in Armagh.

In the 1980s, while at Armagh Christian Brothers’ School, Larry took on the role of managing Pearse Ógs.

Prominent players in Br. Ennis’s team had been Jimmy Mc Kee, Paul Grimley and Tommy Martin; the trio forming the successful triumvirate that brought the Ogs their third Championship title in 1992.

Following his spell in the city, Br. Ennis trained the Orchard County minor footballers for seven years, winning the Ulster Championship in 1992 and 1994, as well as losing the 1992 Minor All-Ireland final – denied victory by a last-minute Meath goal.

“That was probably my biggest disappointment in football – how we managed to lose that final I’ll never know,” he recalled back in 2005. “The likes of Paul McGrane, Diarmuid Marsden, Justin McNulty and Barry O’Hagan played on that team and, needless to say, I was delighted for them when they finally won an All-Ireland with the Armagh seniors 10 years later.”

“Very sad to hear of the passing of Brother Ennis,” he wrote. “A Westmeath native, Brother Ennis had orange blood coursing through his veins. So many Armagh players had him as a manager at different levels but mostly with the minors.

“Being part of the minor squad that went to the All Ireland Minor Final in 1992 was a huge part of my football development and for others too like Marsden, O’Hagan, McGrane, McCann, O’Rourke, Mackin…1992 was a stepping stone to 2002 and Brother Ennis and the team he assembled around him played a big big part in that – Liam McCorry, Seamus Heffron, Benny O’Rourke, Peter McGleenon RIP, Francie Kearns RIP, Gerry Moley RIP – they were all massively important cogs but Brother Ennis was the driving gear.

“McGeeney, McConville, Neil Lennon, Pat McGibbon, McKeever and so many others can testify to the positive influence Brother Ennis had on them as footballer’s and as men.

“An ever present at St. Patrick’s Armagh as well, Brother Ennis made some dent in the GAA. His legacy on top of the trophies he won, is the caliber of players and men he helped nurture along the way. Armagh owes Brother Ennis a huge debt of gratitude.”

Former Armagh Lord Mayor, Sharon Haughey-Grimley, commented: “Very sorry to hear this sad news. Brother Ennis brought the best out of so many young men, giving them motivation and belief on the field of play and teaching them life lessons in the classroom. A mentor to so many. May he now rest in peace.”