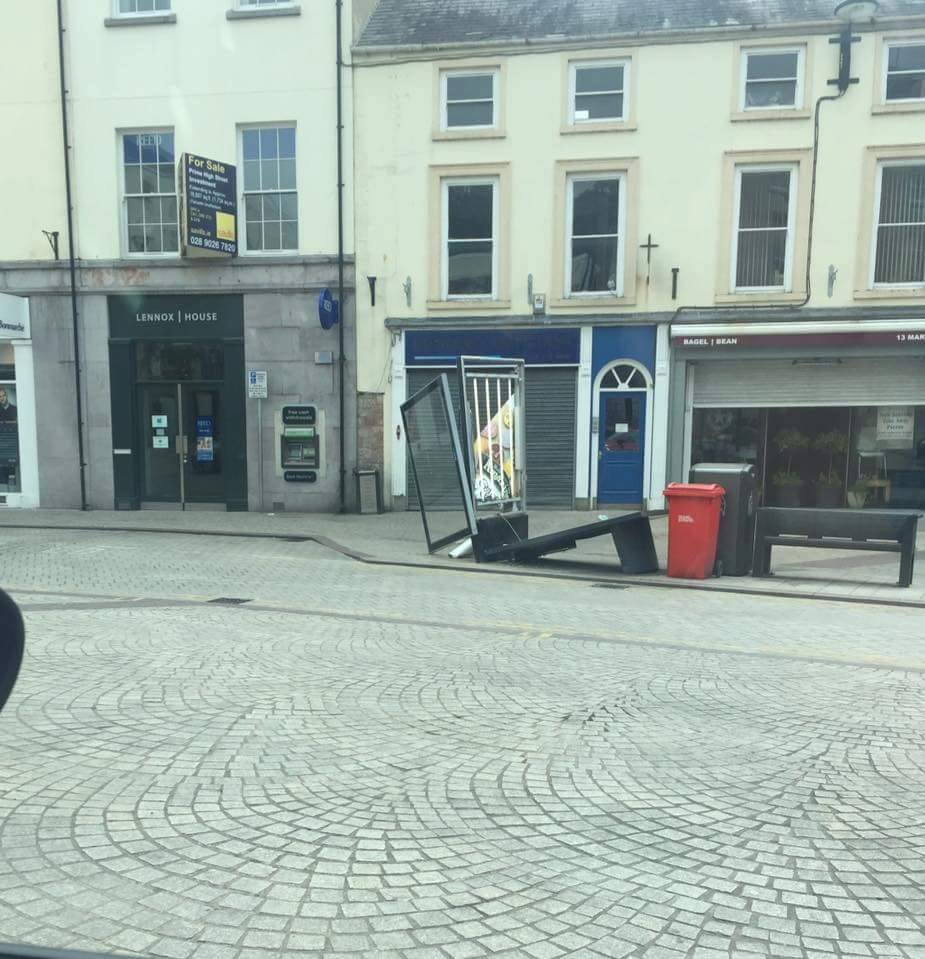 Another Saturday night and Sunday morning in Armagh and here’s what we have to show for it!

Business owners have also been forced to come out this morning to clear up the mess.

A trail of damage along Market Street and throughout the city centre.

There are reports of bottles having been smashed and, eyewitnesses have told Armagh I, of members of the public being subjected to verbal abuse.

One said: “It’s disgraceful. The town has gone to the dogs. People are sick of it.”

The vandalism is the latest in a long line of incidents in the city centre.

And again it will fall on the business owners and ratepayers to foot the bill.

Another eyewitness said: “The police need to take more proactive action. There are young ones out running about now, drinking in a public park, this morning.

“This type of behaviour needs to be stopped. The courts also need to take action through stiffer sentences to deal with this problem.”