It would comprise a total of nine two-bedroom apartments 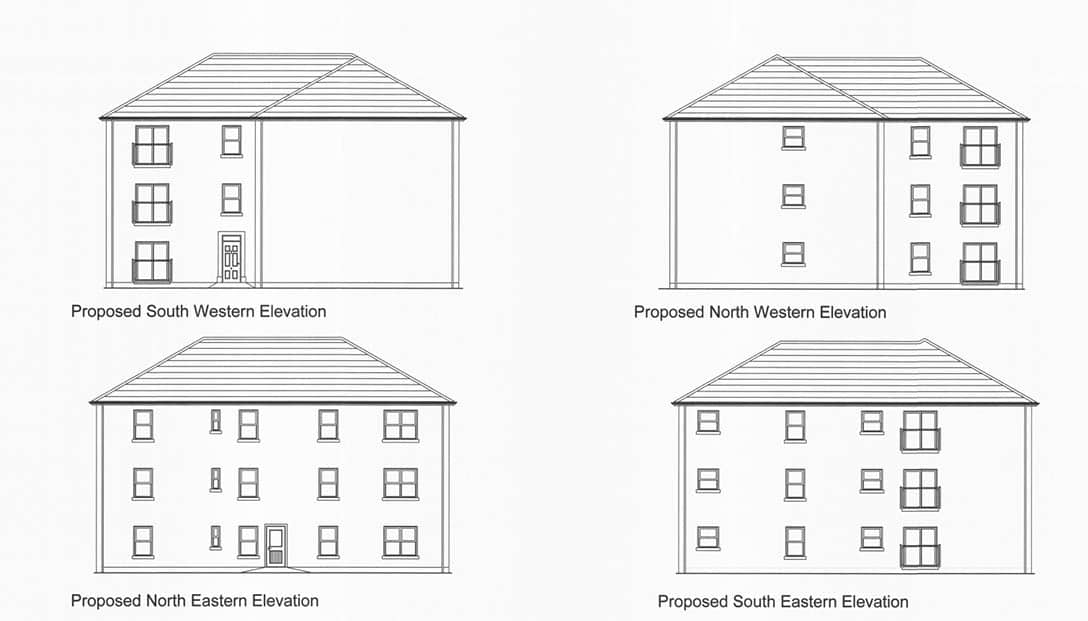 A three-storey apartment block could be built on the Rock Road in Armagh.

Proposals have been drawn up for the development and submitted to Armagh City, Banbridge and Craigavon Borough Council.

The plans, if approved, would see the creation of a three-storey building. It would comprise a total of nine two-bedroom apartments.

The application – in the name of Dungannon-based Landmark Homes NI Ltd – is in substitution for one submitted and approved for an apartment development on the edge-of-city site 14 years ago.

The site currently is described as a “building site compound”.