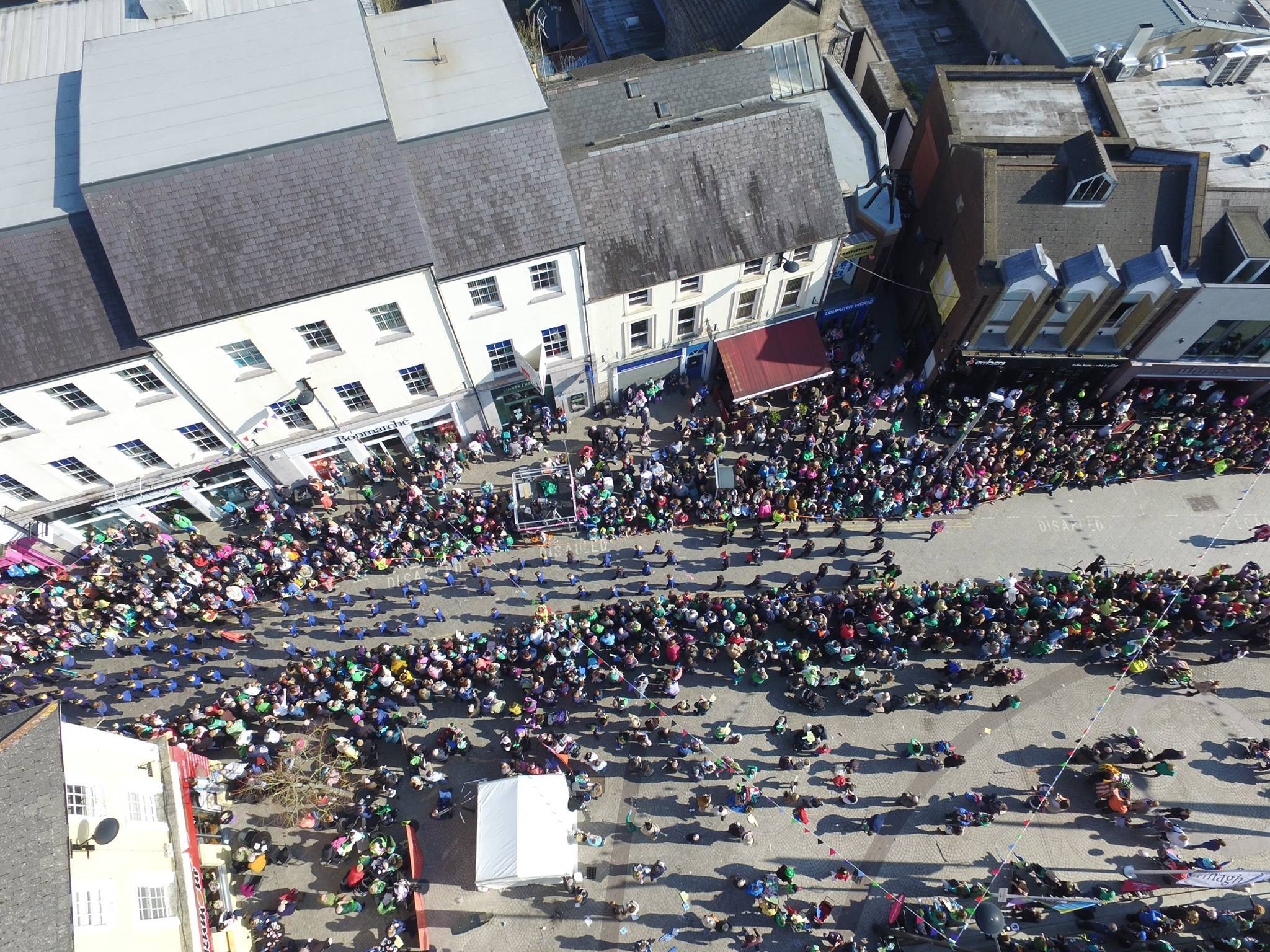 More than 20,000 people flocked to the city of Armagh to line the streets for the annual St Patrick’s Day carnival procession, it was confirmed.

The colourful spectacle was a key part of an epic 10-day St Patrick’s Festival led by Armagh City, Banbridge and Craigavon Borough Council and Newry, Mourne and Down District Council which concludes on Sunday.

A record 100 specially-organised events form part of the festival, with the official festival programme including an impressive and eclectic mix of theatre, music, comedy, dance, poetry, exhibitions, lectures and a series of special walks and talks to suit all tastes. Speciality food and drink events as part of the NI Year of Food & Drink celebrations.

Councillor Sharon Haughey-Grimley, Chair of the Regeneration and Economic Development for Armagh City, Banbridge and Craigavon, said: “As part of this year’s joint celebrations with Newry, Mourne and Down District Council, the celebration of the life and legacy of St Patrick in this part of the world has never been as big or as important and I’m delighted to confirm that this year’s St Patrick’s carnival procession has been among the best seen anywhere in the UK and Ireland.

“It’s important to remember too that there’s still time to enjoy plenty more fun, with many more days left to enjoy the St Patrick’s Festival in multiple locations and in multiple venues. This is a terrific opportunity for locals and visitors to embrace and enjoy what is an unrivalled programme of exciting and engaging events.”

SDLP representative Justin McNulty has congratulated all those involved.

He said: “Where else would you want to be in the world but in Armagh on Saint Patrick’s Day and year on year the events are getting bigger and better.  St Patrick chose this city himself and the celebrations this week have been a great mix of religious, cultural and civic celebrations and I believe the patron saint himself would be proud of the way in which his legacy brought people together this week.

“Armagh City was a thriving hub of culture, music, arts, culture and sport on Saint Patrick’s Day, in fact all week and I want to commend all involved in making the festival such a huge success.  The streets were thronged on St Patrick’s Day with families coming from all over to join in on the celebrations.  The colourful displays by community, sporting and business groups was a delight to see.  It is also hugely symbolic that the parade is led by two of St Patrick’s successors as Archbishops of Armagh in Archbishop Eamon Martin and Archbishop Richard Clarke, it was great to see.” Festival highlights still to be enjoyed include the ‘Celtic Spirit’ musical extravaganza featuring Andrea Begley at The Market Place Theatre on Friday 18th March. On Saturday 19th March, classical music will fill the hallowed grounds at St Patrick’s Church of Ireland Cathedral when the Ulster Orchestra gather to perform the enthralling works of Haydn, Handel and Mozart.

Those keen to follow in the footsteps of St Patrick are encouraged to join in the guided tour between Armagh and Downpatrick which culminates in a walk up Slieve Patrick and a traditional musical session in the St Patrick’s Centre.

Back in Armagh city, The Market Place Theatre plays a pivotal part in this year’s celebrations, with a big line-up of performances every night, including those from Moya Brenna and Connla.

A guided tour from Armagh City along the ancient road to Navan Fort and the Arco String Quartet, playing at the Palace Chapel are key events on Sunday 20th March. To download the full Festival programme and for full details of locations, times and ticket prices, if applicable, visit www.armagh.co.uk or visit www.saintpatrickscountry.com