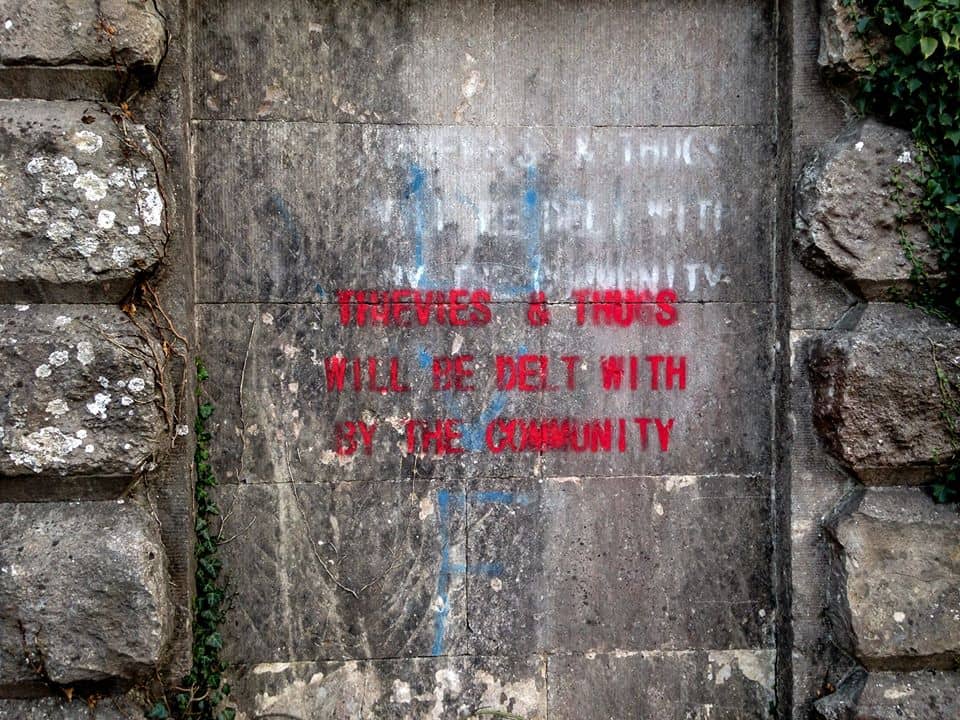 Graffiti threatening vigilante-style behaviour has been sprawled across a wall at the side of a road in Armagh.

The fresh ‘artwork’ has appeared on the outskirts of Armagh warning that action will be taken to deal with escalating criminal activity in the area.

The stencilled warning has appeared at the old gated entrance to the farm estate on the junction of Drummanmore Road and Ballybrannon Road, off the Portadown Road, Armagh.

It reads: “Thieves & thugs will be delt (sic) with by the community.”

A passerby who sent us this picture said: “It seemed pretty newly painted. I drive that way occasionally and hadn’t noticed it before. There was a faded similar one in white underneath.”

Vigilante behaviour has been condemned by police in the recent past.

Speaking before Christmas, Supt. Paul Reid, said: “It is important that this vigilance does not become vigilante activity. Such activity would not be tolerated in a peaceful society and I would caution any individual or group against taking the law into their own hands.

“Those who do may themselves risk committing offences that may subsequently leave them liable to prosecution.”

The correct authority to deal with is the PSNI who can be contacted on 101.