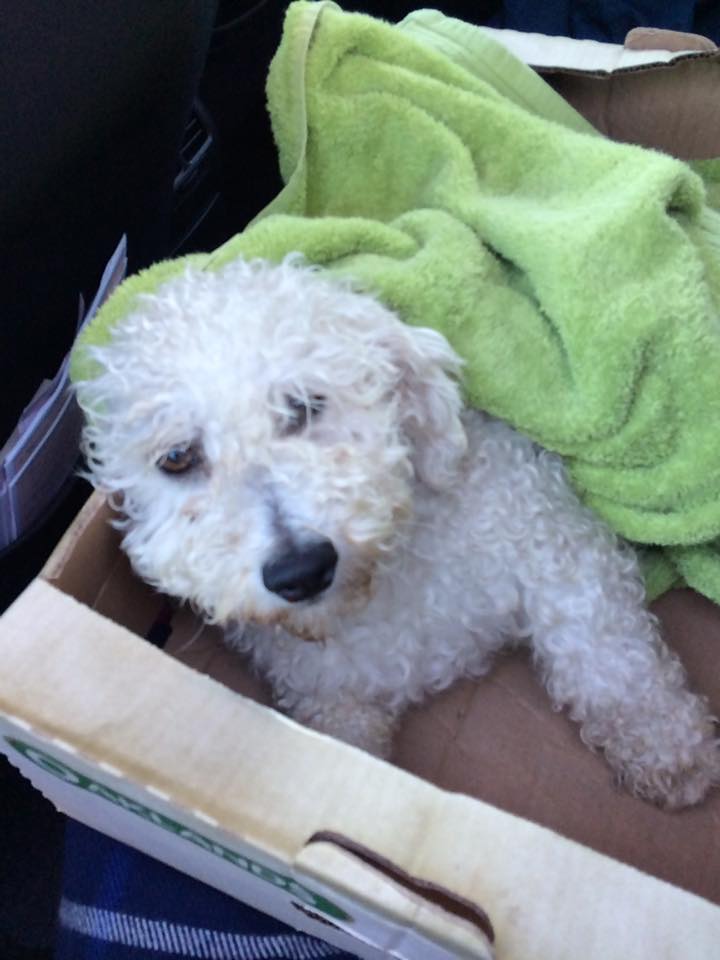 The owner of the little dog knocked down in Armagh earlier this evening has been found after a public appeal.

Gemma White has contacted Armagh I to say the bichon frise – named Charlie – is in a “stable” condition.

He had been struck by a vehicle at the entrance to Drumarg at around tea-time.

Kind-hearted locals came to his aid and the poor pet was taken to O’Reilly and Fee Vets on the Cathedral Road.

A social media appeal led to his owner being located.

Gemma told Armagh I : “He’s stable at the minute; we’re waiting on him to be X-rayed tommorow so hopefully he will be Ok – will just have to wait and see.

“He’s getting the treatment he needs.

“Thanks everyone for sharing and the people who helped him.”