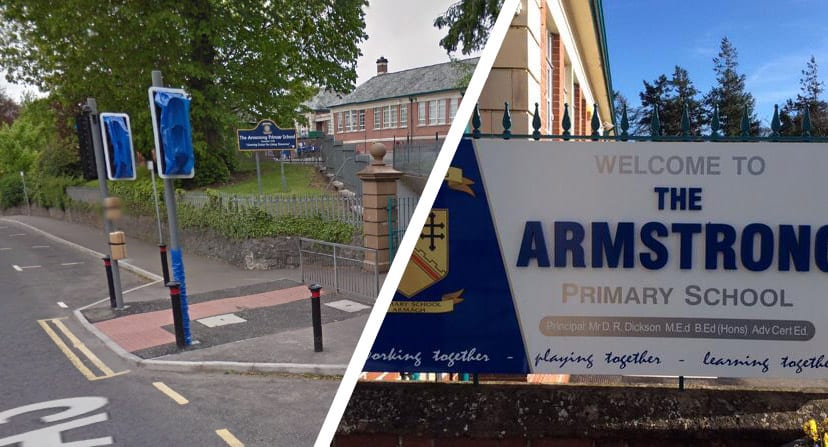 A  major upgrade at the Armstrong Primary School – at a cost of almost £2.5 million – is expected to take place this year.

Further progress in a long overdue extension and refurbishment at the College Hill school has been taking place behind the scenes.

It was in July that Armagh I revealed the funding was being made available as Education Minister John O’Dowd signalled the project had been passed to proceed to the construction stage.

The Armstrong will benefit from an extension to the existing accommodation, as well as refurbishment work and electrical works to meet ‘handbook standards’.

Plans are now being put in place to allow the work to move on site.

Seven classrooms will have to move out during the course of the building work.

It is intended that they would be housed in four temporary structures, which will be located in the playground in front of the main College Hill access to the school.

Approval is being sought for the temporary provision to allow the already approved redevelopment of the school to proceed.

The applicant – the Education Authority Southern Region – is seeking permission for the classroom accommodation to remain in place for a 12 month period.

The four units would be sited to cause minimum disruption to the playground and access to the school would not be impacted.

The application has gone to Armagh City, Banbridge and Craigavon Borough Council.

It, as a matter of course, has issued notification of the consultation to NI Transport and the Northern Ireland Environment Agency, but it is not expected there will be any issues from either agency.

The Department of Education made a capital allowance of £2,450,000 for the Armstong Primary scheme in July.

The school, which was opened in 1927, was one of six projects today given the go-ahead under the School Enhancement Programme, which was announced in 2013 for construction projects costing between £500,000 and £4,000,000.

The programme is targeted to meet the immediate and pressing needs in schools, through smaller scale works, where a new build capital works is not deemed deliverable.

“The improved and new accommodation at these schools will provide better facilities for young people to learn in and an improved working environment for all the school staff. This also represents a welcome boost for the construction industry,” Minister O’Dowd said at the time.