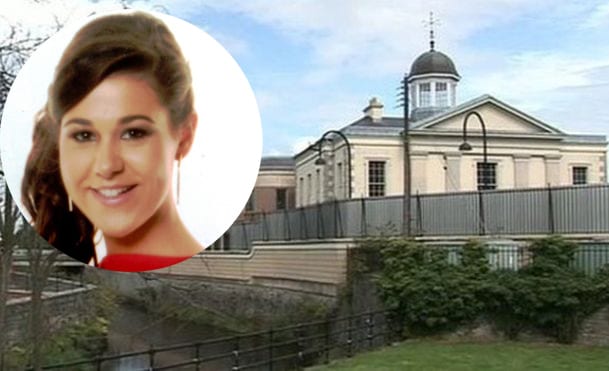 A teenager accused of killing Armagh student Lesley-ann McCarragher claimed he sold the car which struck the 19-year-old to foreign nationals just three quarters of an hour before the collision.

Newry Magistrates Court also heard that the white Saab had been bought from a woman on Friday – just the day before the tragedy.

The 17-year-old accused, who cannot be named because of his age, initially refused to hand over his mobile phone but agreed to go and retrieve it before bail was granted.

The accused is also charged with failing to stop at the scene and failing to report an accident.

The court heard how a witness described having seen the white Saab being driven at speeds which have been estimated at up to 90mph.

The court was told the defendant had allegedly been racing another vehicle, a black Volkswagen Golf car, with a detective informing the court sitting that the defendant allegedly had undertaken the other vehicle on the hard shoulder, striking Lesley-ann. Neither the vehicle or the driver have been located.

But the court was instructed that the woman who had sold the Saab car to defendant had allegedly received a text from the 17-year-old telling her that, if the police should ask, she was to say she had sold it to foreign nationals.

The accused handed himself in to police on Saturday night and the court was informed of his claims to have sold the vehicle himself to foreign nationals just 45 minutes before the tragedy on the Monaghan Road.

The vehicle, the court was told, was discovered in a garage rented by the accused’s brother.

Bail was granted and the accused will appear again later this month.