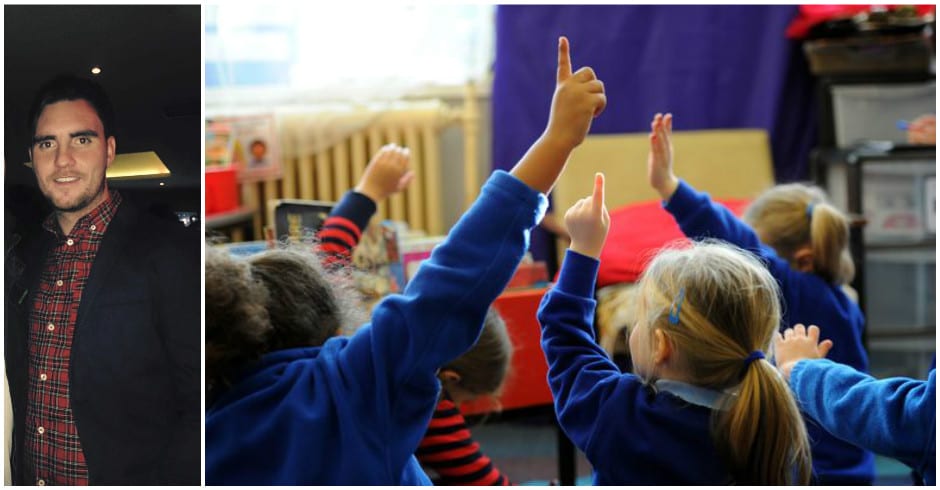 A county Armagh teaching graduate who has been subbing in primary schools for five years has hit out a new government scheme that will make it even harder for him to get a full-time job.

Stephen McArdle, 26, from Derrynoose graduated from Liverpool John Moores University in 2011 before returning to Northern Ireland in order to gain experience.

However under the new Investing in the Teaching Workforce programme, newly-qualified teachers – those graduated since 2012 – will be given priority.

The decision, announced this week, will begin in September and run for the 2016-17 academic year.

The plan was originally muted in 2015, but delayed due to lack of agreement over the criteria, including the definition of the term newly-qualified.

Mr McArdle, who just falls outside that criteria, said he has been lucky enough to find subbing work but full-time jobs are proving more and more elusive.

He added: “What’s the point in giving time to education, when newly qualified teachers can just walk into a job without proving they are worth it. Just because you get a good degree doesn’t make you a good teacher.

“I have been tirelessly looking but whatever jobs are out there are either asking for more experience or the criteria is upped due to the high numbers applying, so those with less experience are put out straight away.”

The former St Patrick’s Keady High School student now feels he will have to return to the Middle East for work after spending a stint in Qatar in 2015.

“I have little choice. I will have to look at places in the Middle East and further afield because the opportunities just aren’t available for people in my position.

“And that’s the case with a lot of teachers who have been subbing at home.

“What do young teachers qualified before this date do? Give up? Move on? Try something we weren’t good at?”

The Department of Education said that up to 120 teachers over 55 who had expressed an interest would now be allowed to retire in 2017.It also said it would spend £8m allowing those teachers to go.

Education Minister Peter Weir, said: “This is very good news for those recently graduated teachers who are unable to find permanent teaching positions.

“This scheme will help to refresh the teaching workforce and share employment opportunities fairly between the generations.

“Whilst I realise that this will be disappointing for graduates who are outside the criteria, without this scheme these employment opportunities would not exist.”