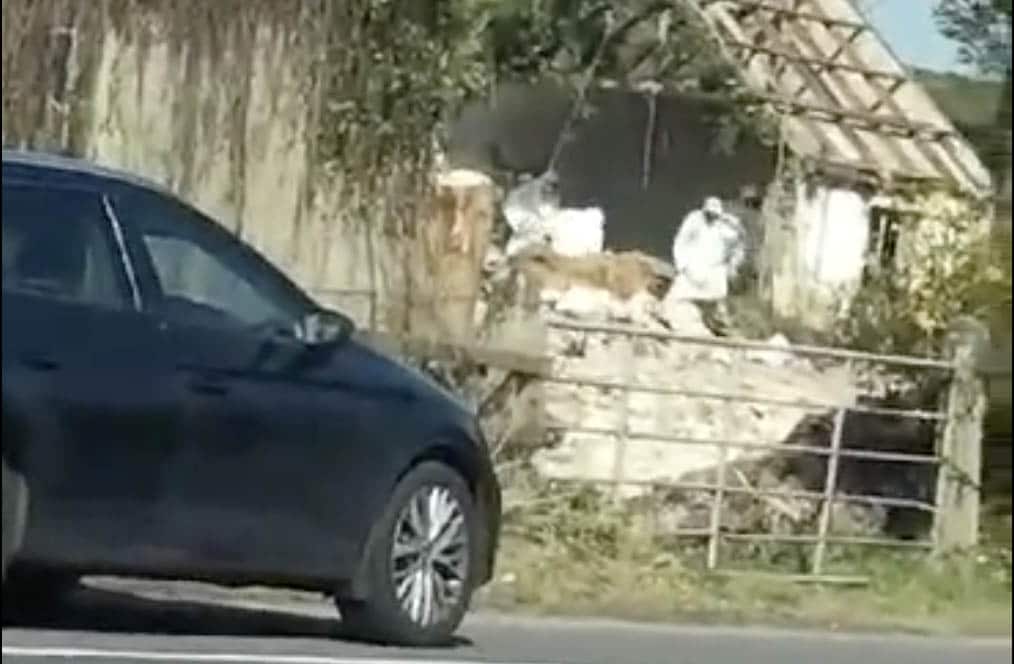 Aontú leader Peadar Tóibín TD highlighted the case which was reported during the week relating to Armagh PSNI station.

Five days ago the party had criticised the PSNI after a gun discovered by a workman on the Armagh Road – just outside Moy – was “lost” for several days.

A workman excavating a site just off the main Armagh-Moy Road on Easter Monday made the startling discovery – believed to have been a .38 revolver along with 200 rounds of ammunition.

The items were discovered in a bag hidden between a sheet of asbestos and the tin roof of a derelict building.

The worker immediately contacted police and, according to Aontú Councillor for Mid Ulster, Denise Mullen, was told to hand the gun and ammunition in to Armagh police station.

The PSNI claimed it had no record of a weapon and ammunition find on Easter Monday. And it wasn’t until Thursday before a police investigation was launched at the site – almost two weeks after the find.

He said: “On Easter Monday a gun and 200 rounds of ammunition was found in a house outside the Moy on the Armagh Tyrone border. The gun and ammunition is thought to have been linked to the Glenanne Gang in the murder of Nationalists in the area.

“It was found close to the home of Aontú Mid Ulster Cllr Denise Mullen, whose father was murdered by the Glenanne Gang in front of her, when she was just four years old.

“The gun was handed in to the PSNI Station in Armagh. A few days later the community checked to see was an investigation of the history of the gun being pursued up by the PSNI.

“Shockingly just over a week ago the PSNI denied receiving any gun. They denied a gun was handed in.

“Cllr Denise Mullen contacted the Ombudsman and raised it in the media.

“I myself at the time contacted the office of the Taoiseach and Minister for Foreign for Foreign Affairs. After this pressure was brought to bear and a few days later the PSNI admitted that the gun was indeed handed in.

“Incredibly this is not new. A weapon was found six years ago and handed into Dungannon PSNI station. Receipt of that weapon was initially denied by the PSNI and then later admitted.

“This has done serious damage to confidence within the Nationalist community on the ability of the PSNI to investigate a gang that has murdered up to 120 people.

“How many times has evidence been given to the PSNI and without pollical controversy materials have just gone missing?

“This is not history either. This year Cllr Denise Mullen received a death threat from a former Glenanne Gang operative and murderer of her father. This death threat was made in the name of the East Tyrone Brigade of the UVF.

“I have asked three Taoisigh in a row to meet with the victims and survivors of the Glenanne Gang. So far they have not done so.

“I welcome that Mícheál Martin has said today that he will meet with survivors and I have asked that this would be done immediately using Zoom or Teams to make it happen.”