'Everyone thinks that you're in Australia, living the life and grass is always greener, but it does come with its challenges as well' 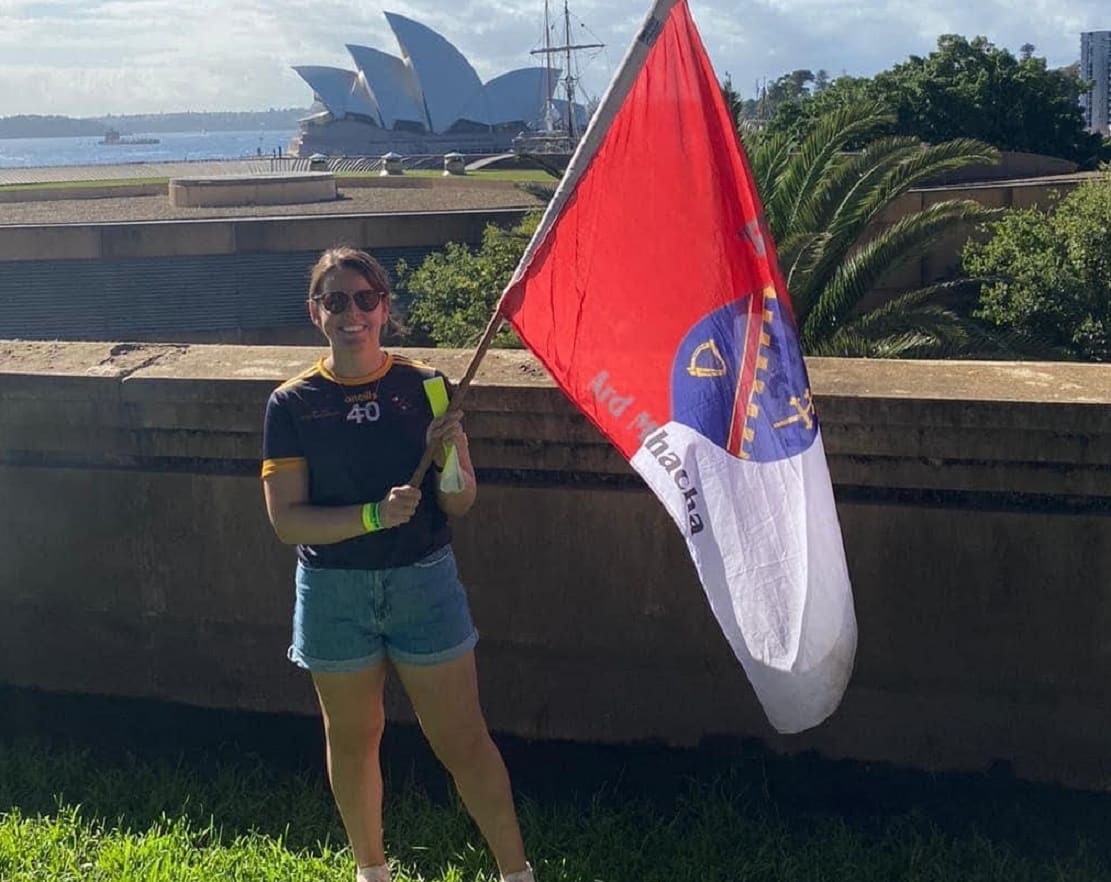 A young Armagh woman who plays camogie for a GAA club in her adoptive Australian city is helping take mental health out of the clinic and into the clubhouse.

Aoife Cosgrove, from Ballymacnab, is the secretary of Central Coast GAA Club in Sydney, which  has eight members from Co Armagh.

The club successfully applied for a post Covid-19 government grant and, despite being relatively small, is delighted to have been awarded $30,000 to fund a mental health initiative.

This will provide counselling services to members as well as providing practical help on stressful situations such as applying for a visa to remain or work in the country.

The 28-year-old moved ‘down under’ four years ago and works as a teacher in a school for teenagers with mental health issues such as depression, anxiety and schizophrenia.

A former camogie player for Ballymacnab, she kept up the sport when she moved to England to teach after graduating.

And now both she and sister Petrina play for Central Coast which Aoife says provides a “sense of home”. While Aoife has settled well into the community, in large part due to the support of the GAA club, she says that Irish people moving there can face a lot of stress, especially around legalities such as visas.

“Everyone thinks that you’re in Australia, living the life and the grass is always greener, but it does come with its challenges as well,” she said.

One of those was “feeling trapped” when Covid hit and of being at the other side of the world.

“Everyone needs help at some stage and it’s breaking down the stigma that there has to be something really wrong to go to counselling,” she said.

“I am a firm believer in counselling and reaching out for help when you need it. But within the Irish culture that’s not really something that happens.

“The visa is the biggest thing within your first few years. It’s a real stresser. You get to the stage where you want to stay for another few years but you have no visa, and then there’s the stress of having to leave when you’re not ready to leave.”

As well as providing counselling services, the club plans to use part of the grant to host seminars, with visiting experts providing information on practical issues that many people will face such as securing visas, starting up a business or obtaining a mortgage.

There will also be mental health first aid training to educate members on how to best support their peers, how to identify somebody who might be struggling, and where to direct them for help.

Another idea is a wellness day for families and children and people who have just arrived in the city.

Said Aoife: “Everybody has mental health and it’s the one part of your health that is so overlooked. There is support out there but people are terrified of seeming weak. You are way stronger for reaching out. Co Armagh girls in Sydney including Aoife Cosgrove and her sister Petrina.

“The Australian lifestyle is about getting out and being active. Aussies in general would be big on using their sick days. If you need a day, you take it.”

Aoife and boyfriend Liam, who met through the club, are well settled in Australia and have just obtained their permanent residency visa after a lot of hard work and money.

The only cloud on the horizon recently, and it literally has been a cloud, is the torrential rain that has plagued the country, leaving homes, businesses and pitches under water.

It means that the club’s 40th anniversary tournament, attended by all the GAA clubs in Sydney and Victoria, has had to be cancelled for the third year in a row and matches have had to be called off as well.

However, when it comes to mental health planning, it’s all systems go.

“This grant is a huge deal and I couldn’t have managed without the help of two other girls in the club who took charge of the application process,” said Aoife.

“New South Wales Health funded this and for them to give it to an Irish community is amazing. All the others that received the grant were big, Australian clubs.”

She has just returned to Australia, having enjoyed some time at home with parents Martin and Kathleen.

“The three of us (my brother Aaron lives in Victoria) all left for Australia within a year of each other but mum and dad have always been so supportive,” she added.