Story of Armagh brought to life with ‘Night Ride’ music 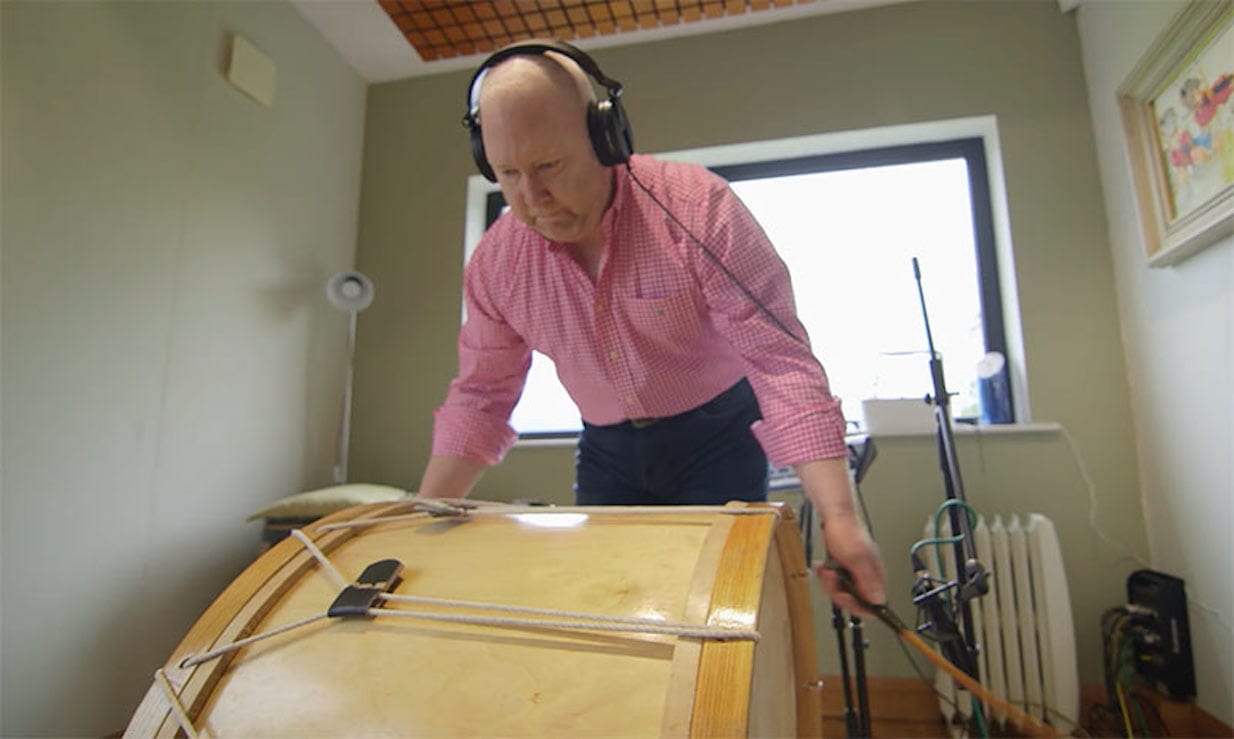 Ed Sheeran’s 3Arena Dublin support act, Beoga with Brian Finnegan, who also performed with the star at Glastonbury, have followed their high profile ‘Galway Girl’ success with a re-imagined piece of music, used to tell the story of Armagh from the eyes of a visitor.

The ‘Night Ride to Armagh’ music captures Armagh’s tourism highlights and is used as a backdrop to Visit Armagh’s latest promotional video which can be found on the recently-launched Visit Armagh website.

The music had originally been created by musician, Brian Finnegan – a world-renowned flute player and former member of Armagh Pipers Club – who then reimagined and rerecorded the piece with a ‘contemporary’ twist to convey the authenticity of Armagh.

A key feature of the reworked music is the merging of musical traditions to include Irish music and the Lambeg drum – which is traditionally associated with Ulster Scots – to reflect on how present day, modern Armagh is built against a rich background of history, reflecting on the Celtic legends and mythologies associated with the City’s ancient sites.

It was then set against a showcase video to support the launch of a five-year tourism development strategy aimed at building the borough’s national, regional and international profile as a successful and compelling tourist destination.

Commenting on the commission and project, Lord Mayor Gareth Wilson said: “The Armagh, Banbridge and Craigavon area is rich in history, culture and heritage and has a strong musical pedigree in traditional Irish music, Ulster Scots and piping.

Speaking about the project, ‘Night Ride to Armagh’ composer Brian Finnegan commented: “I was delighted when Armagh City, Banbridge and Craigavon Borough Council approached me about re-imagining this piece of music for their new tourism website.

“It was very easy to bring ‘Night Ride to Armagh’ back to life again with this group of players and was a joy to embrace the Scottish tradition, Ulster Scots, the Lambeg tradition and the tradition that I grew up in of Irish traditional music, all so rooted in Armagh’s vibrant and eclectic cultural history.

“It was a momentous day and a great end to a memorable week, playing with Ed Sheeran and Beoga at the O2 Arena and getting back in the studio with all of these renowned players.”

The high-profile trad band, Beoga, who originate from Co. Antrim, co-wrote Sheeran’s massive hit ‘Galway Girl’ and have also featured on his ‘Nancy Mulligan’ track as part of the Divide album.

The band has been shortlisted for a Grammy, performed with the Ulster Orchestra at the BBC Proms and been presented with certificate of Congressional Recognition from the US House of Representatives.

They are currently writing an album with Johnny McDaid of Snow Patrol and Foy Vance.