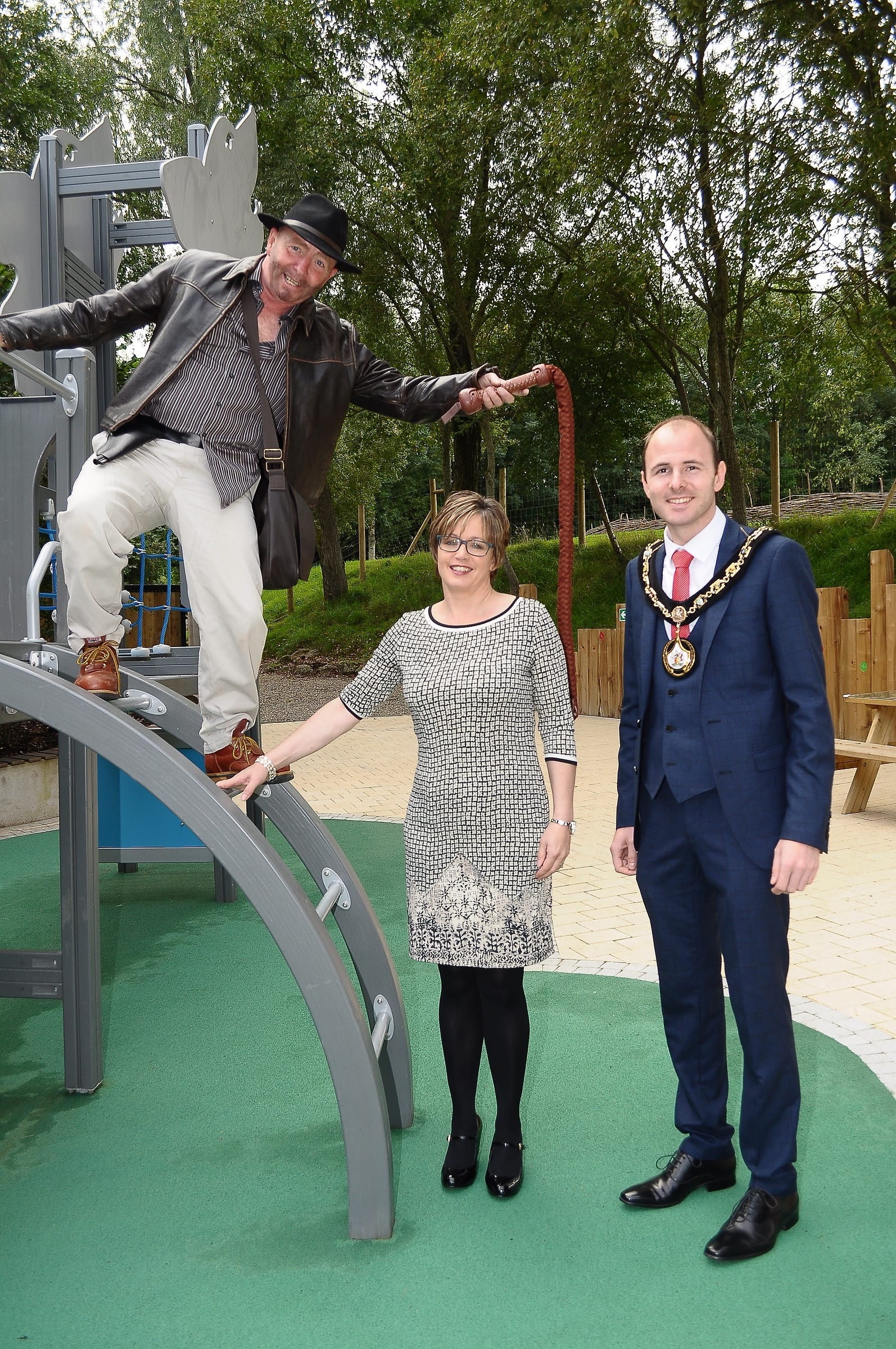 A new state-of-the-art archaeology themed play experience – first revealed by Armagh I in July last year – has been officially opened at the Navan Centre.

Navan Fort on the Killylea Road is one of Ireland’s most famous and important archaeological sites.

And this £180,000 development offers both a new indoor and outdoor family experience for visitors.

Speaking at the official opening, Lord Mayor of Armagh City, Banbridge and Craigavon, Councillor Darryn Causby, said the Navan Centre will prove to be an even bigger hit with families with the addition of this “amazing new family-friendly archaeology play experience”. “This fantastic new experience will enable visitors to learn about people of the past, a unique and engaging way to learn about our history in one of Ireland’s most historic sites,” he said.

“Both the indoor and outdoor facility provides a safe and fun environment for visitors and families to enjoy and over the coming months a series of archaeological events are planned. This marks the completion of a number of investments planned for the premier tourist attraction to enhance the visitor’s experience.”

Archaeology is a way of learning about people who lived in the past; where and how they lived, what they believed and the effects they had on our environment. It is an interactive experience where visitors can learn about the area while trying to put various world recognised sites into the time line and using the hand held detectors to see what might be hidden below ground.

As part of the indoor experience learn to identify what is the treasure of the future and what is just simply rubbish. Visitors can engage with the award-winning Living History team who will provide the ‘Archaeologist’ character introducing experiential learning in a fun and memorable way.

Take a step outside, where you will be bowled over by the large Wolfhound multi-play structure.Wolfhounds have a long association with Navan through the Myths & Legends of the Tales of the Ulster Cycle and specifically the warrior Cu Culainn, who was also called the hound of Ulster.