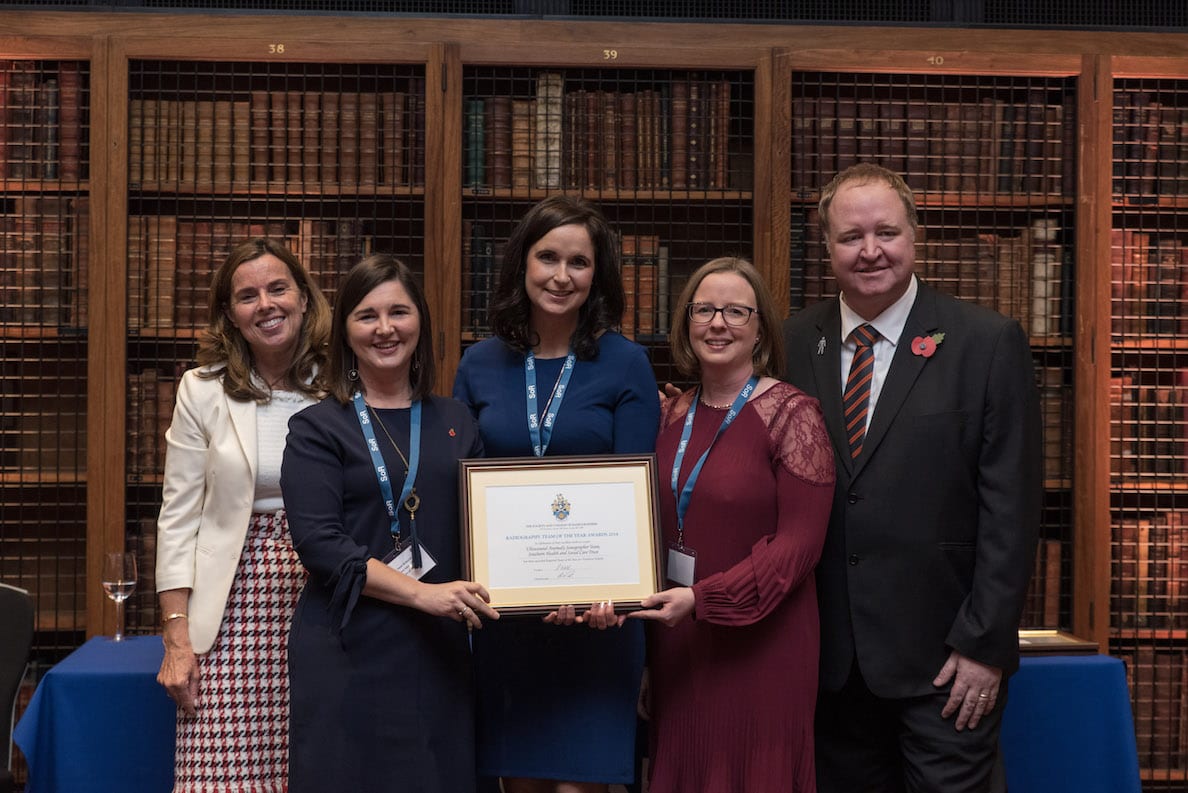 At the Society and College of Radiographers Awards event earlier this month, Grainne Forsythe was announced as Northern Ireland Radiographer of the Year.

The Trust’s Sonography Service also won Northern Ireland Team of Year at the same event Lead Reporting Radiographer; Grainne, impressed the judges with her massive passion for her profession, which she passes onto her team.

Grainne was recognised as an enthusiastic, motivated and encouraging team leader and as a huge inspiration for many, not only within her own team.

The anomaly sonographers, led by Hazel McBurney were recognised for the work they did on standardising anomaly scanning and for having confidence in their ability to deal with challenging situations and being able to take on a much changed role.

This work has meant a big improvement for the patients at such a difficult time in their journey and there is now much better continuity of care.

Jeanette Robinson, Trust Head of Diagnostic Services attended the event and said: “It was a very proud day for the Southern Trust Radiography Department and I congratulate our staff for winning these prestigious awards.

“Despite being a very busy service, we receive compliments every month from patients who are so grateful for the care and attention they receive from our fabulous radiography staff. I am delighted that this hard work has been recognised at a national level.”