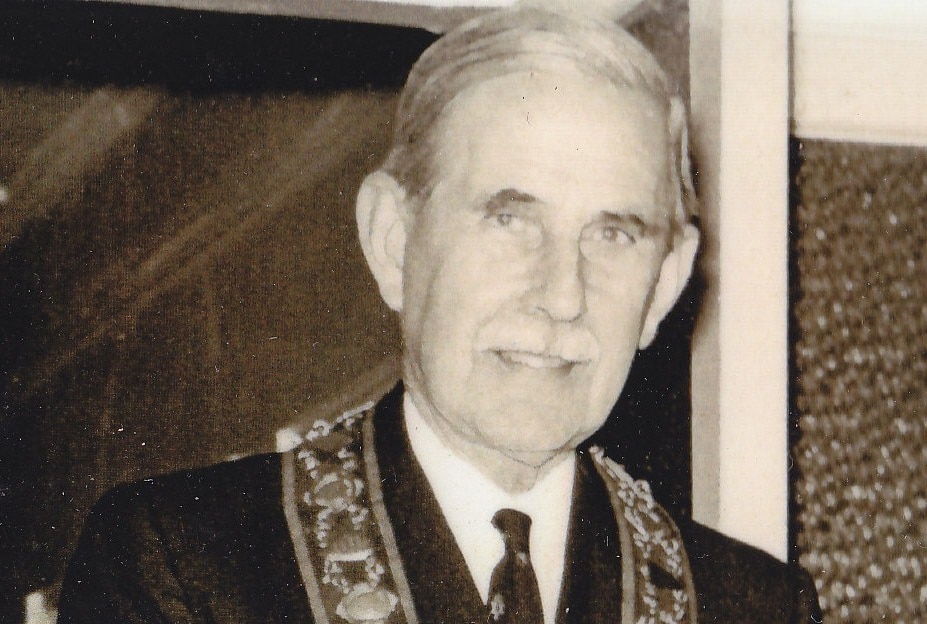 The Royal Black Institution will hold a number of events next year to mark the 40th anniversary of the horrific double murder of a former leader of the Institution and his only son.

Past Sovereign Grand Master, Sir Norman Stronge, and his son, James Stronge, also a member of the Institution, were both shot dead in their home, Tynan Abbey, on the evening of January 21, 1981.

The pair were killed by an IRA gang who then firebombed the property, and the resulting blaze left the historic building in ruins.

The Institution’s current Sovereign Grand Master, Rev William Anderson, said: “The heinous murders of the highly-respected Sir Norman Stronge, an elderly man at the time, and his son, were wicked, despicable and cowardly.

“The killing of two defenceless men in their own home was, sadly, yet another example of the depravity and blood-lust of the republican killing machine which wreaked havoc and brought misery to countless families throughout the Troubles.

“The emotional wounds from the double murder are still keenly felt by members of our Institution, and it is our intention to remember both men with pride and affection in the New Year.”

Captain Right Honourable Sir Charles Norman Lockhart Stronge Bart. HML. MC. PC. JP. was a member of RBP 264 Breaghey and was Sovereign Grand Master of the Royal Black Institution from 1948 to 1971. He was also a senior Ulster Unionist Party politician.

Before his involvement in politics he served as a junior officer in the British Army during the First World War. He fought in the Battle of the Somme in 1916 and was awarded the Military Cross. His positions after the war included Speaker of the House of Commons of Northern Ireland for 23 years.

Sir Norman Stronge was aged 86 at the time of death.

James Stronge was also a member of RBP 264 Breaghey. In 1967, he was appointed High Sheriff of Armagh. He served as Ulster Unionist MP for Mid Armagh for three years until the prorogation of Stormont in 1972 and as a member of the Northern Ireland Assembly, 1973-1974. He was also an officer in the Grenadier Guards.

Having withdrawn from political and military life, his main interests were confined to merchant banking and his service as a RUC Reserve Constable. He was aged 48 at the time of his death.

Details of the Royal Black Institution’s memorial events for Sir Norman Stronge and his son will be released in due course and form part of its ‘Time to Remember’ season.

Rev William Anderson added: “The Institution’s Stronge Memorial Project will provide a basis around which we can explore and celebrate our country’s rich history. The Stronges embodied two principles which have proven to be integral to our country’s character: service and sacrifice.”