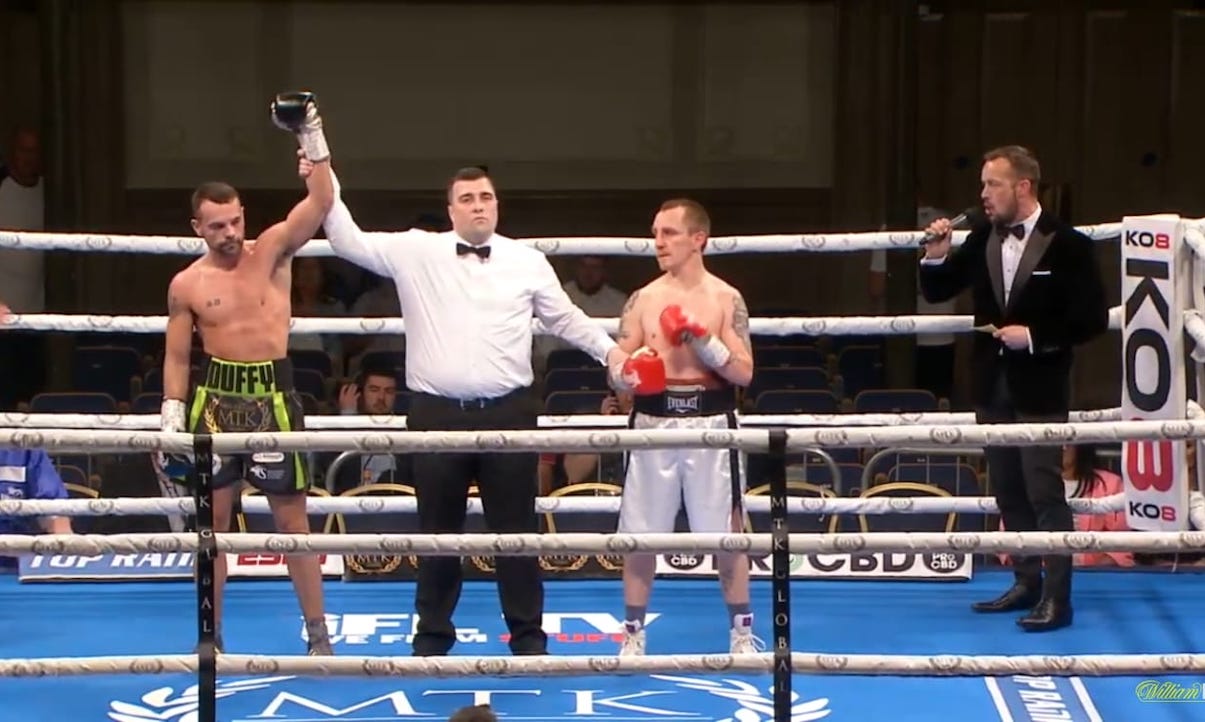 It took less than four minutes for Armagh boxer Sean Duffy to get his professional career off to the perfect start with a second round stoppage at the Ulster Hall in Belfast last night (Friday).

The 28-year-old looked sharp as he disposed of Antonio Horvatic with just 47 seconds of the second round gone.

And it was a game-plan that worked perfectly as a well-timed right hook to the body took the wind right of the Croat’s sails.

Horvatic managed to get to his feet but was down again moments later from a blow to the head before the referee Eamonn Magill waved it off.

Speaking after the fight, the Duffy was delighted with the experience.

“What a fantastic experience; I loved it from start to finish,” he said. “I’m glad to finally get that first first over me, I really felt at home in the professional ring.

“As for the fight itself, I knew I was hurting him from the first bell so it was only a matter of time in my mind before I got him out of there.

“I didn’t need to do anything silly, or reckless, just stick to a game-plan and the rest will do itself, and that’s how it panned out.”

The Armagh lightweight is now keen to build on the experience and get back out as soon as possible.

“I’ve been speaking with my manager about hopefully getting a slot on the huge night in the Falls Park, on Mick Conlan’s undercard. That would be an amazing opportunity so finger’s crossed that comes through.”

He added: “I would just like to thank everyone who came out and supported me, and those who sent me messages of support too, I am really grateful.

Elsewhere on the card, former bantamweight world champion Ryan Burnett got back to winning ways with a sixth round stoppage of Filipiono Jelbirt Gomera.

Earlier Marco McCullough as he claimed the vacant IBF European super-featherweight title with a stunning knockout victory over Declan Geraghty.