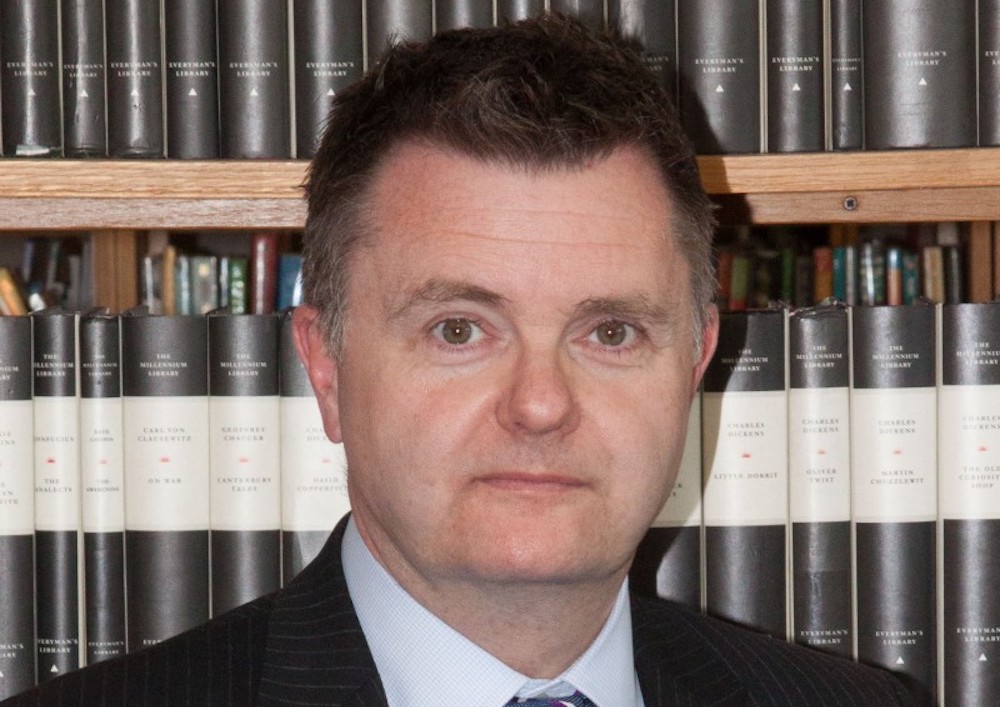 The headmaster of the Royal School in Armagh has said he will be learning to swim again after his 14-year-old daughter saved his life during a family holiday in France this summer.

Graham Montgomery said he was “in no doubt” he would have drowned, had it not been for the quick actions of Lucy, a Year 10 pupil at the same school.

The teenager has been awarded a Royal Humane Society Testimonial on Vellum, one of the UK’s highest national bravery honours, after the incident on the river in which she also saved the life of a young boy.

She also narrowly avoided being swept to her own death.

The family was on holiday near the town of Jarnac and Lucy was paddle-boarding with her dad and the eight-year-old boy, who was a family friend, when his board drifted towards a deeper section.

Lucy and her father walked level with the boy in the shallows trying to give him reassurance but the current increased and the boy’s board began to be swept away.

Lucy managed to tow the boy to the safety of the opposite bank but as her father attempted to make his way back to the bank he was swept off his feet by the current and washed into deep water.

The teenager plunged back into the water to help him and was then caught by the strong current and pulled downstream, eventually spotting her paddle board and using it to reach the the safety of the river bank.

Mr Montgomery said Lucy maintains she was only doing what she had been taught to do during swimming lessons at Armagh City Hotel.

“She was very cool and collected about it and thought her way through the situation really well,” he said.

“She swam one direction to deal with the little boy and then realised that I was really struggling so she swam across the river to me and sorted me by getting me to lie on my back.

“By that stage she realised she couldn’t get out of the river because the current was so strong so she swam after her body board and clung onto it and eventually she was able to get onto the bank.”

He added: “I had no doubt when it was happening that the only thing I could do was drown. I had learnt to swim at primary school and hated it and for the next 40 years managed perfectly well to avoid being out of my depth, until this summer.

“Lucy and I had walked down the river to comfort the wee boy and when I turned to go back up, the current and volume of water just swept me off the feet. Until a second before that, I had been standing on the river bed.

“I was completely surprised by how suddenly it happened because it had never been my intention to be out of my depth.

“It has taught me how easily things can get out of control and I wouldn’t want to be in a situation like that again where someone wanted help and I couldn’t give it, or where I had to depend on someone else taking a risk.

“It is absolutely my plan to get back to swimming lessons. I have no fear of water and I thought originally when it happened that I could do a few strokes and get back in to shallower water, but the current was too strong.

“The money I spent on Lucy’s swimming lessons is the best money I have ever spent.”

“She was selfless and brave, put her life on the line and saved two people – and then got into serious danger herself. What a girl! If ever anyone deserved one of our awards she does. The Testimonial on Vellum is one of our highest awards and few could have done more to deserve it than Lucy,” he said.

I am proud to know Lucy Montgomery and very relieved that she managed to save her excellent father, as well as the boy. "‘Selfless and brave’ teenager nearly died as she saved her father and boy from drowning in river" https://t.co/2sReHZzGJP