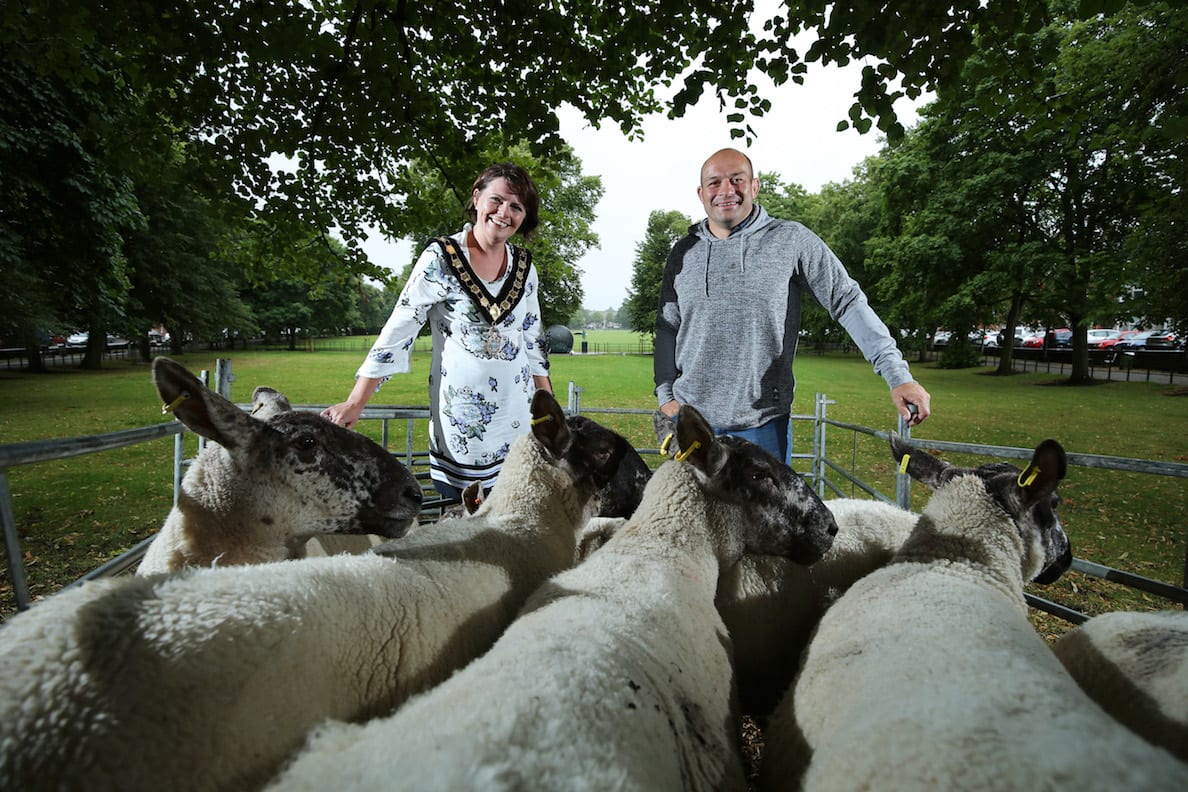 Dr Rory Best OBE is to be officially awarded the Freedom of Armagh City, Banbridge and Craigavon Borough at a ceremony in Armagh next month.

The Ulster, Ireland and Lions rugby star will be conferred with the honour – only the second ever awarded – at a ceremony in the Palace Demense, Armagh on Saturday September 8th by the Lord Mayor, Aldermen and Councillors of the Borough.

It follows the unanimous decision to bestow the Freedom of the Borough to the Ireland captain by the council at a meeting late last year.

The honour – which historically included the right to drive sheep unimpeded through the town – is a symbolic gesture to recognise those who have contributed significantly to the borough.

It recognizes the outstanding sporting achievements of the local man who was raised and educated in Poyntzpass and went to Tandragee Junior High and Portadown College. He played rugby for Banbridge and his wife Jodie teaches in The Armstrong Primary School, Armagh.

Rory has won a raft of honours in the rugby world, including captaining Ulster, Ireland and the British and Irish Lions; earning more than 100 caps for Ireland and more than 200 for Ulster; leading Ireland to a third Grand Slam and Triple Crown in 2018; also leading Ireland to historic wins over the New Zealand All Blacks, South Africa and Australia and being part of the Ulster side which reached a Heineken Cup final in 2012.

In addition, Rory was honoured with an honorary doctorate from Queen’s University earlier this year for distinction in sport.

Dr Rory Best OBE said: “Being handed the Freedom of Armagh City, Banbridge and Craigavon Borough is a huge honour and one of the highlights of my career. I took my first steps on to a rugby pitch here and the great grounding I was given in the sport helped turn my passion into a career.

“I’ve always had great support from the people of the borough and look forward to receiving the honour next month.”

Lord Mayor Julie Flaherty said: “The Freedom of the Borough is the highest honour which the Council can bestow and Rory is a truly deserving recipient. His achievements on the rugby field are incomparable and we are always proud to cheer him on, whether for Ulster, for Ireland or for the Lions.

“Importantly, he never forgets where he comes from and is one of our greatest ambassadors, whether at home or abroad. Congratulations to Rory, he is a credit to our borough and a great role model for our young people.”

Rory will be conferred with the Honorary Freedom of the Borough at an event in the Palace Demesne on Saturday, September 8.

Prior to the invitation-only event, he will be available to meet the public at 12 noon on The Mall, Armagh.