A total of 28 buildings have been listed 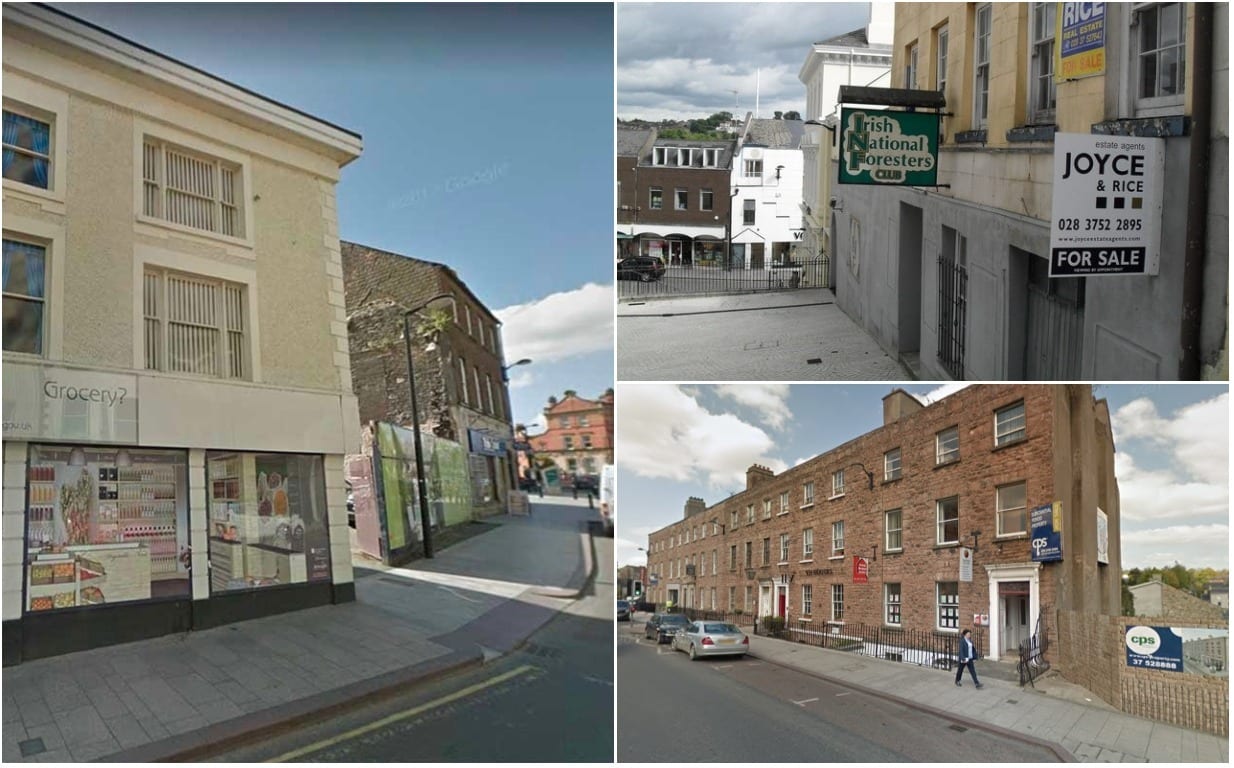 Buildings to benefit under the multi-million pound Townscape Heritage facelift in Armagh city centre are to be split into three categories – with the former Dunnes stores one of those listed as ‘high priority’.

With plans for the scheme to be launched this week, Armagh I can exclusively reveal those that have been identified.

The owners of the properties concerned will be invited along to the launch.

In all, £6.3 million is to be spent bringing properties back into productive use, with an estimate of 50 jobs being created.

It is expected that 28 buildings will feature.

A select committee has been studying the properties and have drawn up two lists – high and medium priority.

The owners will have the opportunity to enter into agreement with Armagh City, Banbridge and Craigavon Borough Council to participate.

Funding will be provided under the Townscape Heritage initiative, but it will also require the owners contributing towards the restoration and regeneration.

That said, the offer will go first to those listed as ‘high’ priority. If not all available plans are allocated, it will be open to some of those on the ‘medium’ list. If there is additional funding left with 100% take-up not achieved by this stage, properties which are on the reserve list will then come into consideration.

The whole of Barrack Street is listed on the ‘high’ priority list.

Four of the Seven Houses at English Street are included. They were built around 1770 by Dean Averell for his seven sisters. Three, including the old Loudans Cellars, are listed as medium priority.

But the site of the end house on the corner of College Street – a vacant lot since it was destroyed by fire and planned for redevelopment as office accommodation – is afforded ‘high’ priority status.

Gosford Place on the Mall – the former home of the Armagh and Dungannon Health and Social Services Trust – is on the reserve list.

Directly around the corner at Russell Street and the lower two houses are on the ‘medium’ list. They form part of a row of seven three-storey buildings built around 1840, a row today consisting of mixed uses, including office, medical and residential purposes.

Also medium priority and at the top of Russell Street on the same side is the Porter’s Lodge building. It includes ground floor retail/office accommodation and six residential units and was recently advertised for sale for close to £500,000. It actually includes what was the old Post Office building, directly opposite today’s Credit Union.

On either side of the now closed Armagh Observer office – which itself is not included – are two more selected buildings.

The building to the left is medium priority, while the former Dunnes grocery store to the right, closed for some considerable time now, is high priority.

The area to the right of that – where Green’s Barbers stood for many years before being demolished and which is now being used as a car park – is on the reserve list.

Trimprint Ltd – owned by the Trimble family – is high priority.

The former Post Office, which was previously Ballantine’s shop, and the building to the left, next to The Butcher Shop, are both high priority.

Stretching at the low end of Dawson Street, between Cathedral Road and Edward Street, is the old Cornmarket building, designed by Francis Johnston and built in 1827. With a clock tower at its midpoint, today it forms part of the Shambles Market and it features as a medium priority project.

Also at English Street, there is a mix of high and medium priority properties side by side, including The Cake Shop – for which plans were recently submitted for refurbishment – Johnston’s shoe shop, and the former Wrights Soft Furnishings.

Armagh I previously revealed planning approval had been given to create two new retail units on the site of the latter.

On the same side of the same street stand three more medium priority listings, from Carol Ann’s Hair Studio as far as Rumour coffee shop and bistro on the corner.

The former Irish National Foresters Club – which closed in the early 1990s – is afforded medium priority. This particular site sits above Danske Bank, via the steps. There had been plans some years back to develop a nightclub at this location but it never materialised and the property has remained vacant for close to three decades.

In Scotch Street, the properties situated between Patrick’s Fold and McCrystal’s Opticians are medium priority.

That includes Maison Real Estate and the Drop-Inn charity shop, at 38 and 40 Scotch Street. A planning application was submitted in October for “renovation and alterations, including partial demolition in a conservation area and change of use from commercial to apartments”.

The intention would be to form “domestic apartments” over two floors to the rear with access via a rear courtyard. Both buildings currently have a B1 listed building status – number 38 was the home of the old Armagh Boys’ Club.

Plans are currently under consideration by Armagh City, Banbridge and Craigavon Borough Council.

Included on the same side of Scotch Street is R&R Cleaners, high priority, and the neighbouring Chinese takeaway, Mei Garden, medium priority.

On the other side, Armagh Indian Nights restaurant and takeaway is a medium priority. Next door to it is the former Calverts Tavern bar and Spiders Nightclub.

As Armagh I exclusively revealed previously, these have been acquired for refurbishment and expansion by the Vibe church.

The whole of Barrack Street is listed as high priority, stretching from the World of Sport up as far as, but not including The Victoria Bar.

There are a number of derelict properties on the street, including the former Armagh Books store, for which approval was recently given for a takeaway business, with the premises now having been sold.