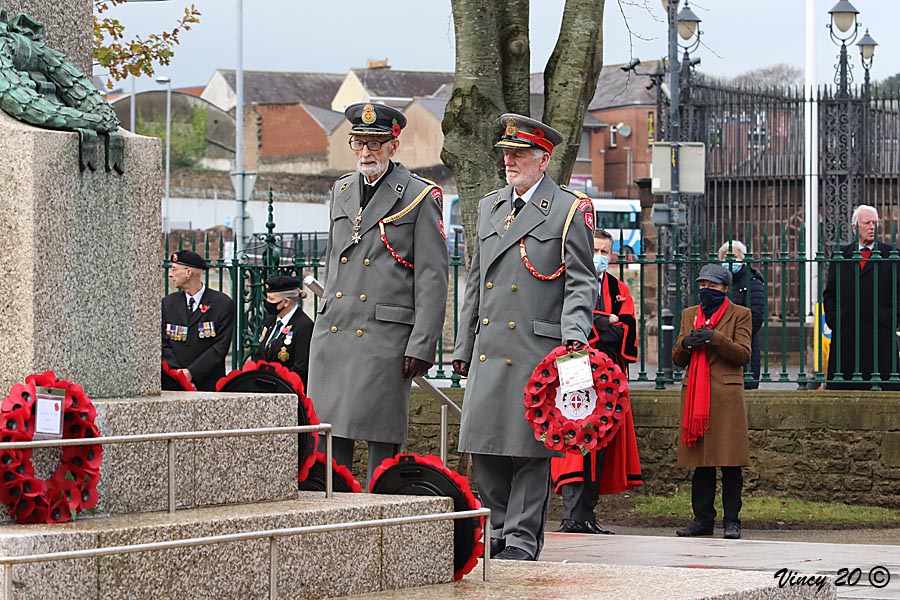 The annual Remembrance Day parades and services will be held across Co Armagh and beyond this Sunday, November 14.

In Armagh, participants will assemble at the Royal British Legion (RBL) premises in Dobbin Street at 10.15am and the parade will form up for 10.30am.

It will make its way to the War Memorial where Lord Lieutenant of Co Armagh, the Earl of Caledon will arrive at 10.59am.

The Act of Remembrance and wreath laying ceremony will take place from 11am.

Following that, there will be a 10-minute religious service outdoors at the War Memorial after which the parade will return to Dobbin Street, finishing around 12.30pm.

As in previous years, the parade will be led by Armagh Old Boys Silver Band.

David Hammerton, president of Armagh Royal British Legion (RBL), said that because of Covid, they had decided to hold a short religious service outside rather than in a church as is the tradition.

They have also asked that no more than two people lay any one wreath.

The Lurgan & Brownlow RBL parade will form up outside the Legion premises at 10am and will be ready to move off at 10.15am.

It will take the usual route to the War Memorial where the wreath laying ceremony and Act of Remembrance will begin at 11am, attended by the Vice Lord Lieutenant.

Once the wreaths are laid and the planting of the crosses is completed the main body of the parade will parade back to the legion premises led by the Salvation Army Band.

Due to Covid restrictions, Shankill Parish Church cannot accommodate the full parade this year so the branch president and chairman will attend the church service along with selected dignitaries.

In Richhill, the parade, led by Corcrain Melody Flute Band and Ballytyrone Accordion Band, will leave the Square at 10.45am and make its way to the War Memorial for an outdoor service at 10.50am, before returning to the Square at 11.15am.

In Tandragee, the parade will be led by Moneyslane Flute Band, leaving Cornmarket Street at 10.30am for the ceremony at the War Memorial’ at 10.45am, before starting its return journey  at 11.25am.

Portadown branch of the RBL will leave Thomas Street at 10.45am, led by St Mark’s Silver Band, returning to the branch at 2pm.

And in Loughgall, the parade will begin at 11.05am in Main Street with the commemoration ending at 12.35pm. Participants will be accompanied by Mavemacullen Accordion Band.

Corkley Pipe Band will lead the Markethill parade. It will leave Keady Street at 2.50pm for a service at the Presbyterian Church at Fairgreen Road, with the parade ending at 5pm.

Hunter Moore memorial Flute will lead the Newry parade, which will leave Sandy Street at 10.35am, and travel along Trevor Hill, Kildare Street, and Bank Parade.

In Banbridge, the William Sterritt Memorial Flute Band, and The Commons Silver will begin their parade at 2.50pm at Kenlis Court. There will be a Stationary Act of remembrance and service at Banbridge Cenotaph between 3-3.40pm.