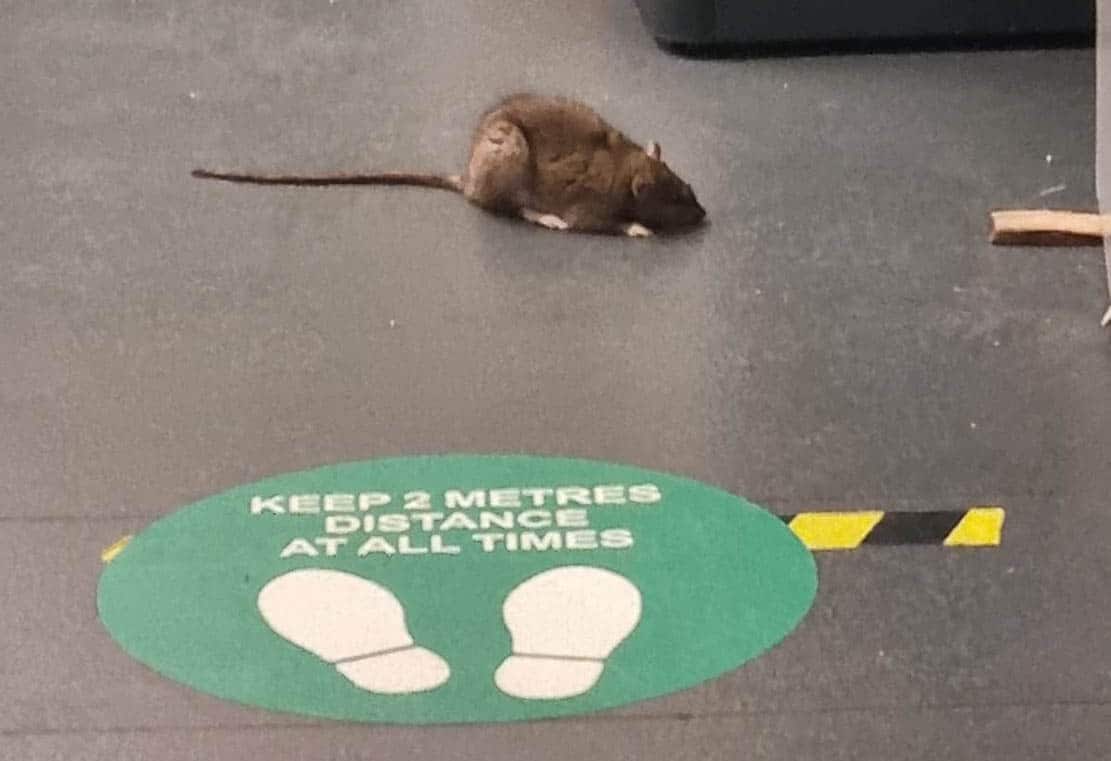 Rats have forced the closure of the ambulance station in Armagh.

Staff have moved from the site today (Friday) as efforts are made to rectify the situation.

An image sent to Armagh I shows a large rat photographed inside the Tower Hill facility.

But sources indicate that the problem is more widespread.

Some have described the situation as an “infestation”, although the Northern Ireland Ambulance Service have denied this.

Armagh I has been told that the RQIA and environmental health are investigating.

One source said: “There is an ongoing rat infestation at Armagh Ambulance Station.

“Crews have refused to be based and work at the station as it is a health and safety issue.

“RQIA and environmental health are investigating and management are trying to hide the severity of the situation.

“As a result there is no ambulance cover in Armagh.”

The station has been closed now until the situation can be “brought under control”.

A spokesperson for the Northern Ireland Ambulance Service told Armagh I they were “aware of an issue with vermin in Armagh Ambulance Station”.

They said this was “being addressed within an existing contract with a pest controller who does not regard it as an ‘infestation'”.

Added the spokesperson: “The health and well-being of our staff is of primary concern to us and therefore we have restricted the use of the station to crews commencing and finishing their shifts at the location.

“Throughout the day, crews will respond to calls allocated from Emergency Ambulance Control as normal.

“The recent and current levels of activity do not lend themselves to crews returning to the station except for well-deserved rest periods.

“While this issue is ongoing, crews will be directed to other healthcare facilities within the Armagh area to ensure they receive their breaks and that cover is maintained at an optimum level.

“We greatly value the co-operation and understanding of our operational crews while this issue is ongoing and we will seek to bring it to as swift a conclusion as possible.”

The RQIA – the Regulation and Quality Improvement Authority – and Department of Health been approached for comment.