Middletown resident raises over £1,000 for Cancer Fund for Children 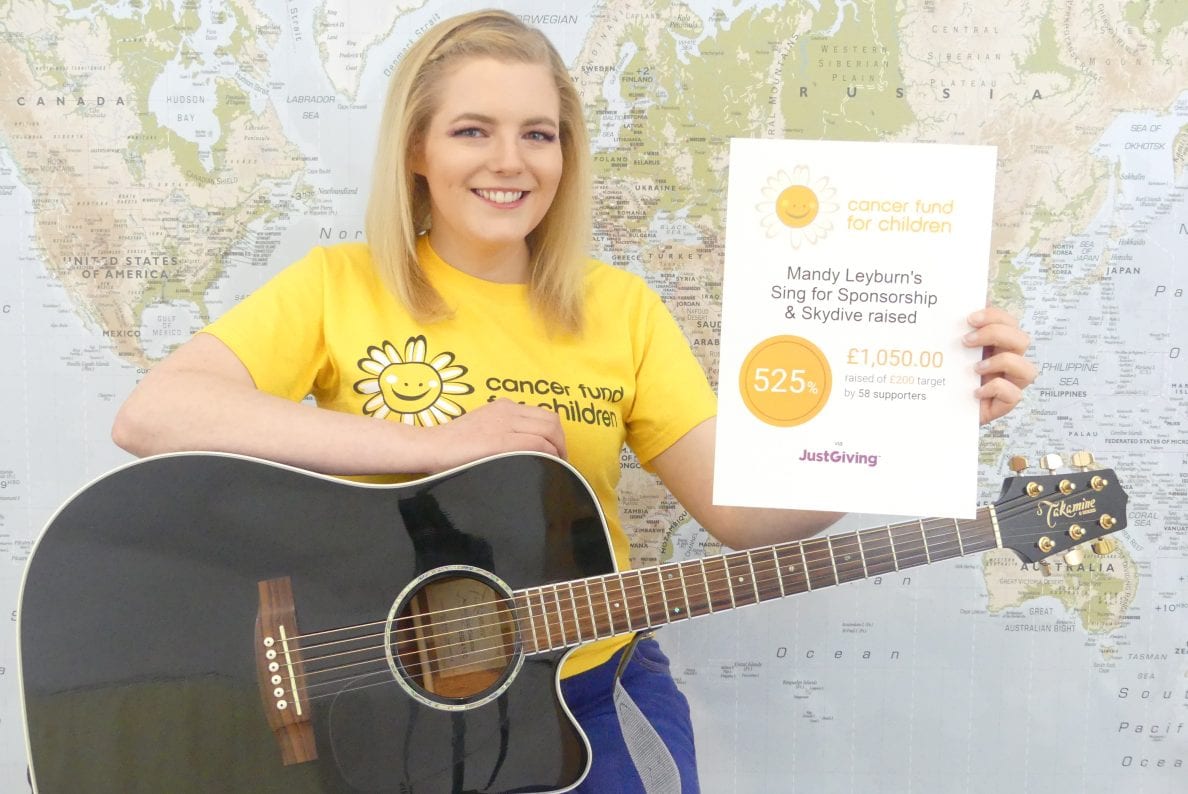 Committing to a skydive is a challenge but fundraising can be another!

This was the case for Middletown resident Mandy Leyburn, who was set a fundraising target of £400 for the Cancer Fund for Children after signing up to their Skydive Challenge.

She told Armagh I : “I was motivated to raise money for a cancer charity after the impact cancer had on my family last year, following the loss of my grandmother, Jessie McSorley, my uncle, Sean Mooney and several family friends, to cancer.”

To complete the fundraising, Mandy made use of her musical talent, taking requests for songs and posting videos of completed requests on facebook, in exchange for sponsorship donations via her JustGiving page.

Mandy’s Sing for Sponsorship Campaign was inspired by the #KeepThePromise campaign, advocated by American artist, Chris Cornell, which encourages the use of skills and passions to support vulnerable children around the world

The unique Sing for Sponsorship Campaign was a success, with over 40 requests made and played in six weeks.

These included requests for everything, from Disney songs to rap classics, all of which Mandy performed.

“I now know songs I never dreamed I would, but it was a bit of fun to learn each song, particularly the ones where I drafted in help!,” she said, as she was joined for a few of the requests by her mother, Jessica, brother, Aaron and friend, Elise Ng.

When the Cancer Fund for Children learned of Mandy’s fundraising efforts, they remarked on her “clever way of fundraising” which the charity had “never seen before”, adding: “Whatever somebody’s hobby is, there is a way to turn that into something that makes money for charity and this is a brilliant example.”

Mandy completed her skydive at the Wild Geese centre this week and the final song request the following day, with a fundraising total of £1050 for the Cancer Fund for Children.

Mandy would like to thank all those who made requests, donated and supported her throughout her fundraising challenges.

Would she attempt something like this again? “Definitely,” she laughs.

Here’s a link to one of Mandy’s requests – enjoy!