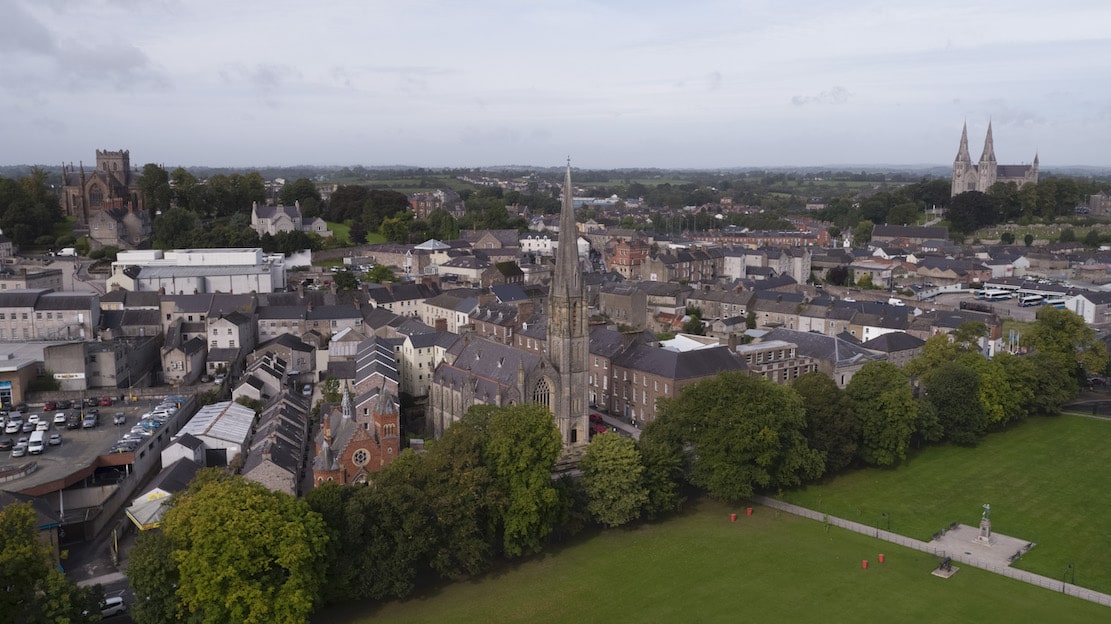 The internationally acclaimed Pulitzer Prize winner Paul Muldoon has penned an original poem for the people of Armagh City, Banbridge and Craigavon to inspire and galvanize support ahead of the borough’s bid for UK City of Culture 2025, with the final submission going forward to the UK Department for Digital, Culture, Media & Sport on Wednesday, February 2.

An original poem is being released in three special edition postcards to residents across the borough, with each postcard conveying one stanza on each place; Armagh, Banbridge and Craigavon.

The postcards are a truly unique gift created to illustrate the talent, creativity and heritage that the borough has to offer – and it is hoped will be celebrated as part of UK City of Culture in 2025.

The Lord Mayor of Armagh City, Banbridge and Craigavon Borough Alderman Glenn Barr said: “Paul is an excellent ambassador for the creative talent that exists within the borough, born in Portadown, County Armagh, and raised near Moy he is a prime example of home grown talent, with his work highly respected worldwide.  The fact that our borough is a constant source of inspiration for his work highlights the significance of this place, and the strong support generated for the City of Culture bid.”

Paul’s work and literary career is extensive with works such as: New Weather, Why Brownlee Left, Quoof, Hay, Moy Sand and Gravel, which won the Pulitzer Prize and the Griffin Poetry Prize, Horse Latitudes, and most recently One Thousand Things Worth Knowing, and Frolic and Detour, to name but a few. He has also published children’s books, opera libretti, song lyrics, lectures and works for radio and television.

Commenting on the poetry release Paul said: “I hope by sharing my thoughts and words with the people of Armagh, Banbridge and Craigavon I can evoke a sense of pride in the borough, and focus people’s attention on the importance of championing and celebrating creative arts at home. The authenticity of the people and places that have shaped its cultural and historic landscape richly deserve to be celebrated across the UK and internationally. This is an amazing opportunity for the people of the borough and I would urge everyone to support the bid.”

Acclaimed for the cryptic wordplay present in many poems, often referred to as Joycean, Paul cited lyric poets such as Robert Frost, Dylan Thomas, and Louis MacNeice as his major influences for creating his work over the years. This new work is equally as intriguing.