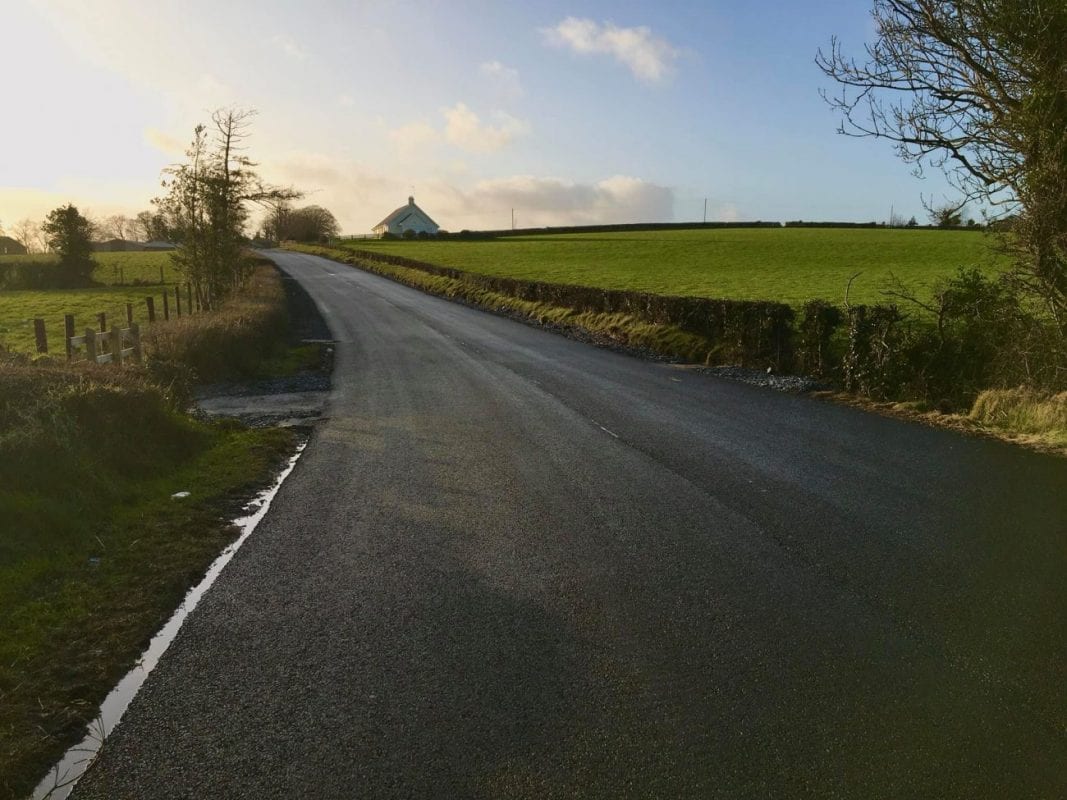 A pothole which caused dozens of motorists serious car issues on the outskirts of Armagh last month has finally been repaired.

The crater on the Hamiltonsbawn Road, which wreaked havoc for days in January has been fixed by Transport NI who had promised to carry out an “investigation” following a flood of complaints.

And the subsequent roadworks – not just a patch-up – has been hailed a huge success.

DUP councillor Alderman Gareth Wilson, who highlighted the issue earlier this month, has welcomed the work which he believes will be a permanent solution to the issue.

“I drove the Hamiltonsbawn/Armagh road on Sunday,” he explained. “And I very much welcome this intervention from Transport NI locally to try and get to the bottom of this issue, which has impacted quite a few motorists in recent weeks causing damage to vehicles.

“I understand that additional drainage works has been carried out as well as a longer section of resurfacing which has certainly helped the carriageway at this point and will hopefully prevent a recurrence of this problem in the future.”

If your car has been damaged by this pothole, or any others, you can fill in this claim compensation form by clicking here.