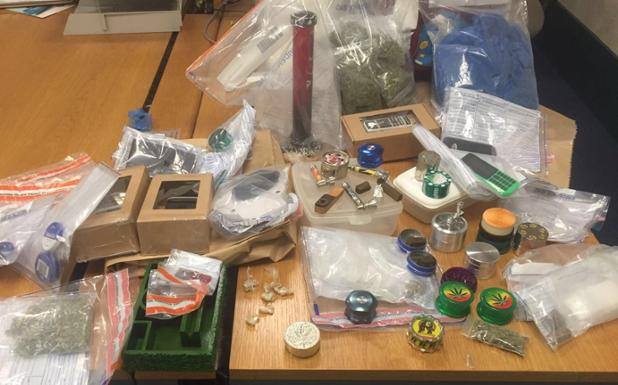 Police in Armagh have put on show their successful seizures made after a proactive drug operation in Armagh city.

In all, the PSNI in Armagh says eight addresses were searched in the city area last night (Tuesday).

Two men – aged 33 and 40 – were arrested on suspicion of drugs offences and taken into custody for questioning.

Two other people were reported to the Public Prosecution Service for drugs offences. The message from the PSNI in Armagh – who shared pictures via their Facebook page – was simple: “If you deal drugs in Armagh expect us to arrive at your door.”