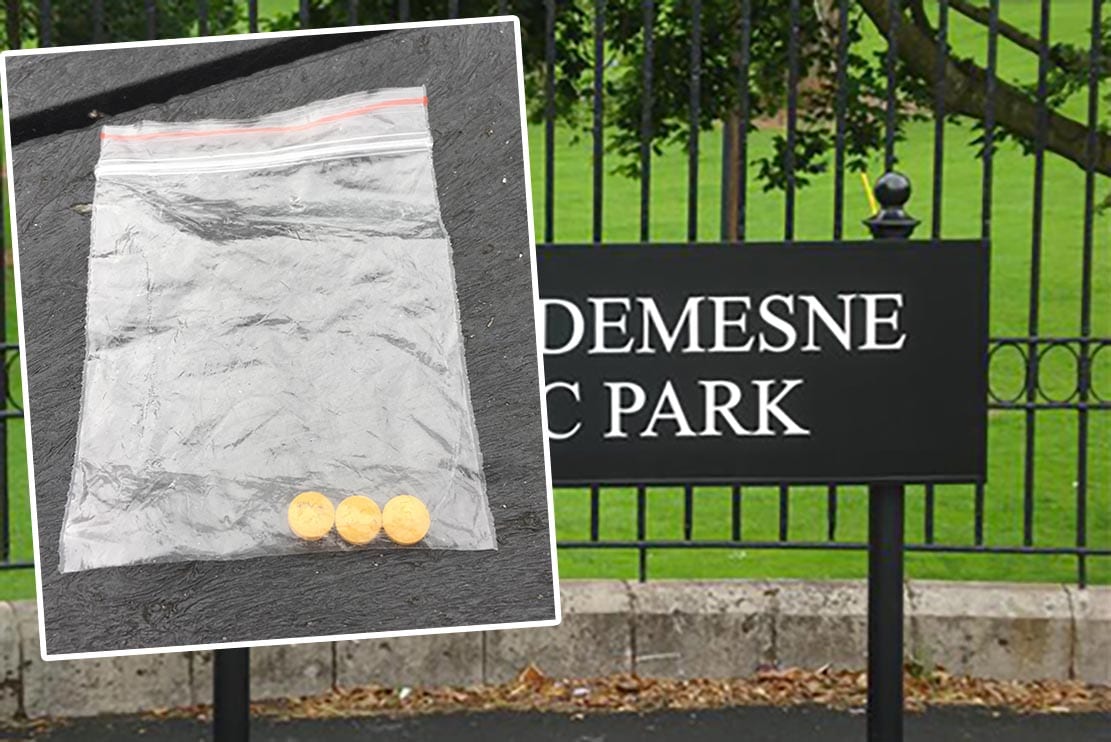 Drugs have been found by a child playing at a play park in Armagh.

Police were called to the play area at the Palace Park this afternoon (Saturday), following the discovery.

A clear plastic bag, containing three pills, was picked up by the youngster who had the good sense to give them to his mother.

It is not known how long they had been there.

But they were easy accessible for any child to have picked up and luckily on this occasion they were handed over!

One man spoke of his “shock and disgust” at anyone who would bring drugs into a park popular with parents for bringing their young children to.

The park has previously been the subject of complaints of broken bottles left behind by those using it to drink away from the public eye.

Located within the Palace Demesne, the Palace Park is always regularly used by pedestrians and runners and those taking their dogs for a walk.

But the find within the play area itself is an even more serious matter and could have had devastating consequences if consumed by any child or pet.

The man said: “There were lots of kids there today and parents and even a wedding party having photos done.

“A child found them and gave them to his mother.

“They had been near one of the kids’ playthings towards the front end, near the car park.

“The police were called and they sent out a car and the drugs were handed over to them.”

The find will horrify parents and public alike who are being urged to be vigilant.

Anyone who notices any suspicious activity or anti-social behaviour in the area can contact the PSNI in Armagh on the non-emergency number 101.