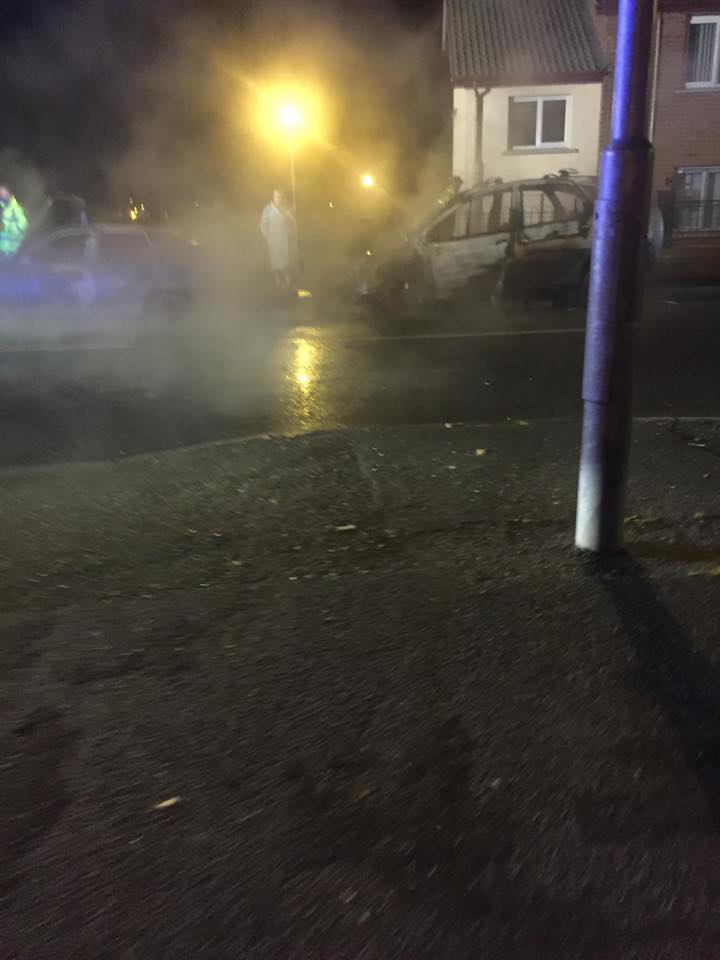 Police in Armagh are appealing for information after two cars were damaged by fire in Callan Street.

Around 3.53am on Saturday, 10 October, police received a report of a car on fire. NIFRS and police attended. The fire spread to a second car and a silver Renault Scenic and gold Vauxhall Astra were damaged.

Police are investigating the circumstances surrounding the fire and would ask anyone who has information that may assist their investigation to contact them on 101, quoting ref: 220 101015. An eyewitness told Armagh I that there had been “numerous loud bangs” immediately before hand. She said there had been a group of youngsters in the area at the time.

Another said there had been reports locally that one of the vehicles had been driven into the street, parked up and then set on fire, before the two males who had been in the vehicle ran from the scene.

“It happened at about 3.45am,” said the eyewitness. “Police and fire crew were on site within minutes.”