Podcast: Intergalactic craic with Heather and Courtney – the final frontier for Armagh Planetarium 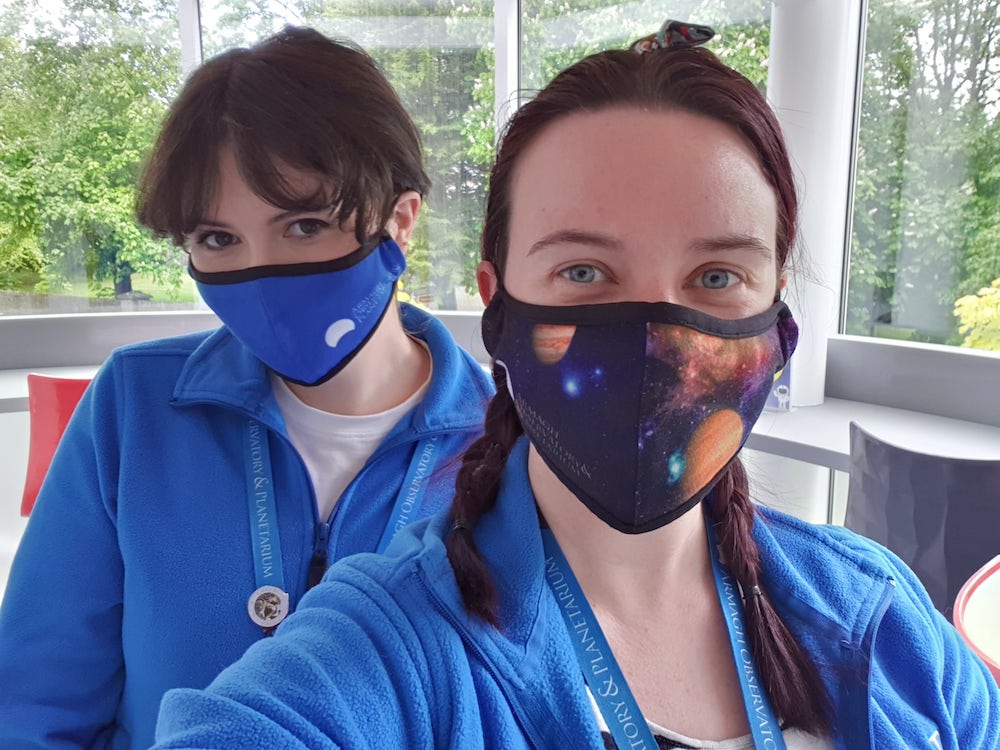 Not a lot of people probably know that June 30 is International Asteroid Day, but they certainly do at the Armagh Observatory and Planetarium where it’s is celebrated with gusto every year.

This year they commemorated Asteroid Day by highlighting the career of astronomer Eleanor ‘Glo’ Helin – who was one of the key women to discover the location of Near Earth Asteroids, minor planets and a number of comets.

She’s just one woman who was bitten by the space bug – there are many. And for this week’s podcast, sponsored by McKinney Competitions and Getactiveabc, Armagh I spoke to two such women from their place of work – which sounds like the best office on earth.

Heather Alexander and Courtney Allison are Education Officers at the Armagh Observatory and Planetarium (AOP), and their knowledge and enthusiasm for the job is infectious.

Imparting that knowledge and encouraging children to pursue a career in science and space exploration is part of their job, and it’s one that the pair are very good at.

The AOP has been in existence since 1790 as an observatory before it expanded to become a planetarium in 1968.

Heather explains the history behind its origins and the work that goes on at the AOP, which has had a complete upheaval during lockdown, with a brand new sensory room, a brand new theatre experience and an interactive exhibition – which is both Heather and Courtney’s favourite place to play.

Heather is the history buff, keenly aware of the historical achievements in the AOP – not least the third director Thomas Romney Robinson who invented the Cup Anemometer in 1846 – a device that measures wind speeds which was used all over the world.

Courtney is tasked with telling the weird and wonderful stories of our universe – including that of Black Holes, Strange Matter, Strangelets and Quarks – which ultimately – without any warning – could destroy the earth forever in a matter of hours.

There’s no point in worrying about that though – they both agree.

Saturn is Courtney’s favourite planet, Heather’s is Mars – while we all feel sorry for Pluto which was demoted to a dwarf star in 2006.

Interstellar and Star Trek give a fairly accurate depiction of space – while Armageddon does not – ‘you never blow up things in space.’

We talk about all of the above and a whole lot more, as Heather and Courtney delight in welcoming the public back to the planetarium, which has relaunched and opened its doors for a summer of fun.