Podcast: Armagh’s Stephen Darragh takes us behind scenes of Bloodlands, Line of Duty and more.. 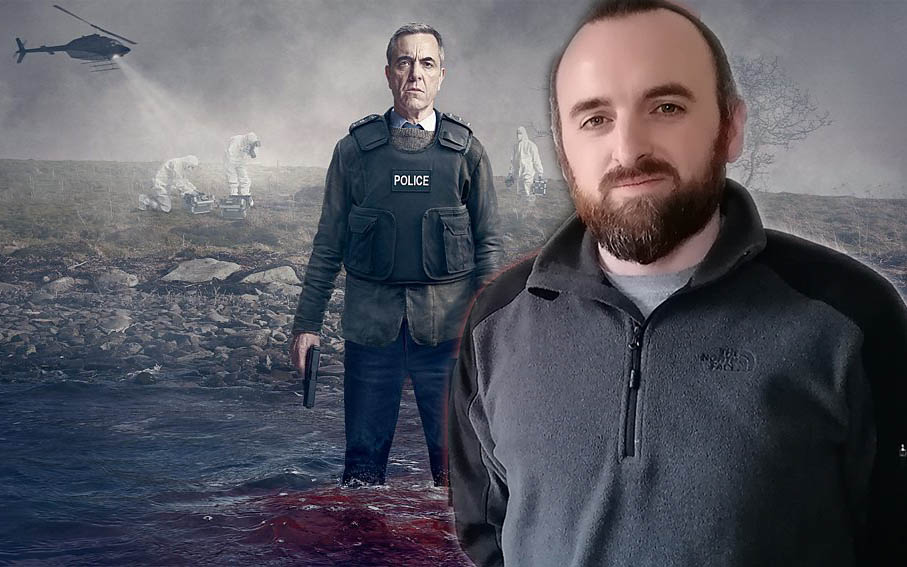 Bloodlands broke BBC viewership records in Northern Ireland after the first episode aired recently – with over 300,000 tuning in to the gritty crime drama.

But while James Nesbitt and Charlene McKenna kept us all on the edge of our seats, the magic on the screen was seen from a completely different angle by those on set.

For this week’s podcast, proudly sponsored by Blackhill Energy, we spoke to Armagh’s own Stephen Darragh who is one of those who knows just how much effort and money goes into a production like this – being one of the people heavily involved.

Stephen was the Second Assistant Director on Bloodlands, and that’s just a drop in the ocean when it comes to the tv shows and films that he has worked on since joining the industry in 2006.

Speaking of oceans – Stephen got to sing and party with Billy Ocean and David Hasselhoff when they were making the Keith Lemon movie. And that’s just one of the madcap stories he tells!

He’s hung out with Colin Farrell – who pulled a prank on him – and most other Irish actors in the business.

The other hugely successful series that he’s worked on is Line of Duty. And in fact, Stephen is so highly regarded on that set, that at the end of shooting the last series, the cast gifted him a wooden plaque with the words ‘Fixer of Everything’ – which he keeps in his office at home.

There have been countless other TV shows and movies including Dracula Untold – for Universal Studios – where Stephen was privy to casual conversations about the biggest stars on the planet – Angelina, Tom, Mel and others who don’t even need a last name.

Name dropping doesn’t even come into this conversation though, as Stephen’s job sees him regularly rub shoulders with people like Gillian Anderson, Jamie Dornan, Tom Vaughan Lawlor, Colin Farrell and the list goes on and on.

Lest you think Stephen’s job is glamorous however, he soon puts paid to that. The hours are long.

The temperatures Irish! And some actors are ‘difficult’ or ‘creative’ – as he says, like the wonderful Ben Mendelsohn who he worked with on the acclaimed film Starred Up – where the cast and crew camped out in Crumlin Road jail for the sake of authenticity.

Stephen had nothing but kind words to say about Mendelsohn – who sent his wife flowers as a gesture of apology for his ‘creative’ moments.

He loves Colin Farrell, Jamie Dornan, Jimmy Nesbitt, Charlene McKenna and most of the actors he’s worked with. And while he can’t name names of some of the difficult stars, Stephen has tales to tell and I certainly have my suspicions from the hints he drops!

Stephen’s job is a challenging one, requiring meticulous attention to detail and planning and its one only suited to some hardy aspiring film makers.

He started at the BBC through a job placement and worked his way up through the ranks, beginning as a Runner.

Today Stephen is known as one of the best in the business and is rarely stuck for work. The last film he worked on Boys From County Hell should be on general release at the end of the year and while Covid paused production on Conversations with Friends – the follow up to Normal People, he has started working on it now.