Podcast: A nasty encounter with gunmen in an Armagh bar to drinking with Bono – a rock ‘n’ roll life with Martin Rafferty 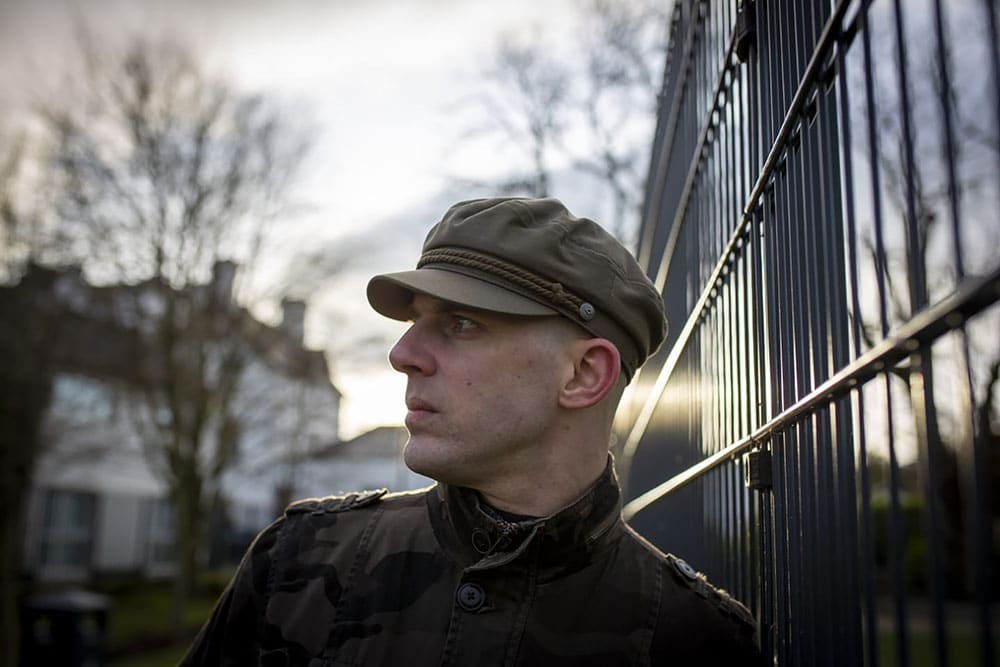 Music is a lifeline for many in times like these and for some it’s just a way of life.

Martin Rafferty is one of Armagh’s finest musicians and anyone who has listened to our podcasts will recognise his voice too.

Marty’s song ‘It’s Been So Long’ from his EP Last Brigade was the intro music for the I on the Ball podcast from the very first episode.

We were three months into the pandemic then, and while we’re still stuck in limbo, Marty has been working away and finding innovative ways to keep his music alive and well.

It all began with a two-string guitar and a music-loving family in Ardmore where he grew up. He wanted to be an archaeologist but music was his destiny.

Marty is releasing the first single ‘Won’t Hurt You Twice’ from his second EP, ‘Atlantic Crossing’ on February 11 . He has also been hard at work moving classes from his business MD Rafferty Music School online – to great success – and has been busy keeping spirits up in the community through Facebook ‘lockdown sessions,’ while also penning a charity single for the Niamh Louise Foundation which promotes mental health and suicide prevention.

All of this helps when you don’t own a television, or waste time reading newspapers, as Marty tells us.

For this episode of Armagh I’s podcast, proudly sponsored by Blackhill Energy, we caught up with Marty at his guitar school in Armagh.

An extremely entertaining chat ensued, including some weird and wonderful stories from a life on the road.

From nicking Oasis B side songs and claiming them as his own at the ‘Wonderwall’ in Ardmore, to a nasty encounter with some gunmen while gigging at the Northern Bar, Marty’s career had an adventurous edge from the start.

With success came festivals and tours, initially with his band Ignition, and now as a solo artist along with his current band members, Conor Cunningham, Dave Mulgrave and Jordie Kelly.

Playing to 10,000 people ahead of Feeder, at the Lee Stock Festival was a highlight, as was drinking beer with Bono and the Edge.

But there isn’t much that could top a day where Marty and his crew ran into Jimmy Paige in a Burger King while on the way to meeting his hero Noel Gallagher at his London home.

Marty even picked up the guitar and threw in a few bars during our chat, with a very familiar signature tune.