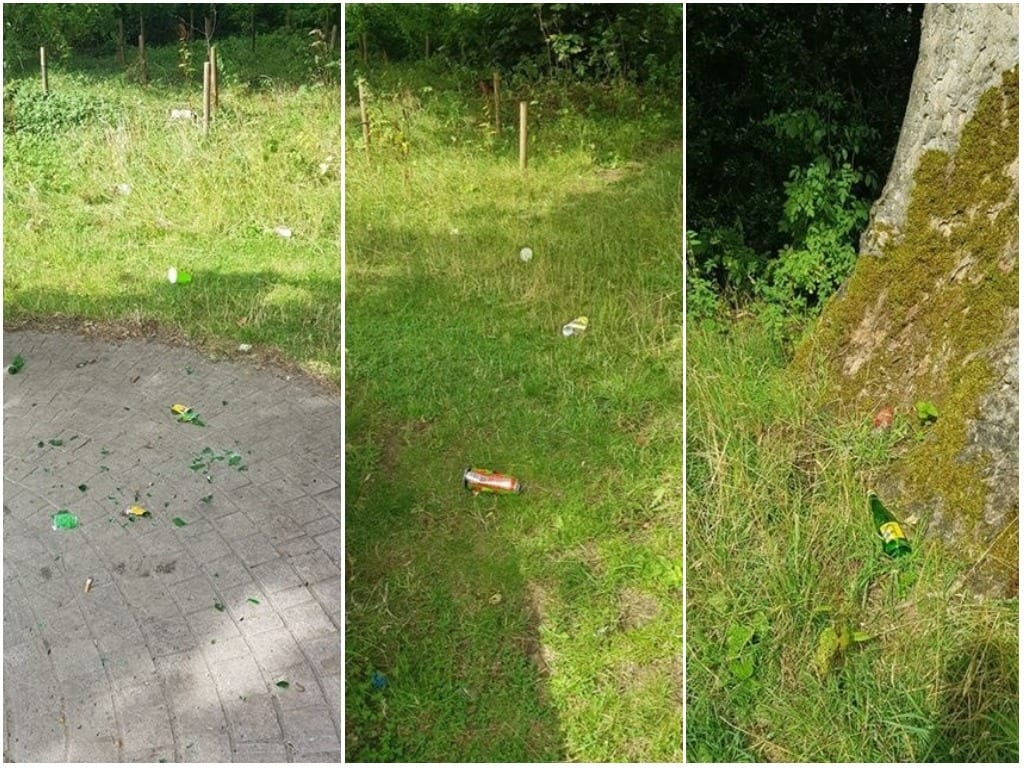 An Armagh man has called for more action to deter daytime drinkers from frequenting the Palace Demesne in the city and leaving broken bottles and rubbish strewn about.

But the only green to be seen – bar the grass – within the Palace Demesne was the green shards of broken Buckfast bottles.

One man contacted Armagh I to once again highlight the issue.

He is asking that council and police give more emphasis on efforts to ensure the demesne and the Palace Park in general are free for people to use without fear or danger.

He said he had been walking within the Palace Grounds with his girlfriend and dogs and happened upon the sight of scattered drinks tins, empty bottles and others which had been smashed.

Branding the situation, a “disgrace”, he appealed for action to be taken.

“Something needs to be done about the drinking and the rubbish left in the Palace Grounds,” said the man, who asked not to be named.

“It is awful you can’t even go for a walk without the fear of walking on broken glass and, even worse, kids falling in it.”