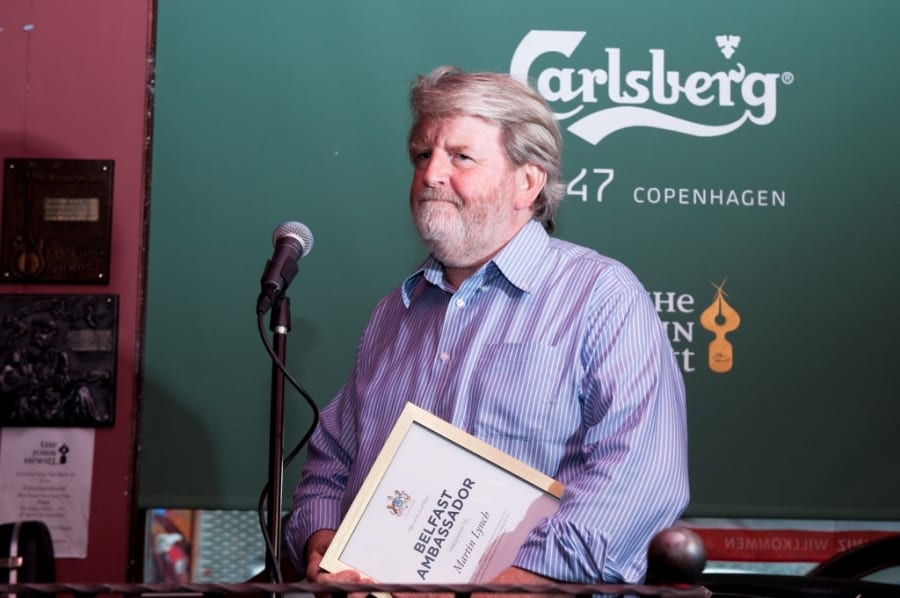 Laugh-out loud comedy, local songs and heart-felt ballads from down the centuries will be features of an outstanding event at the John O’Connor Writing School and Literary Festival on Saturday, November 5 at 8.30pm in the Charlemont Arms Hotel, Armagh.

At the event, billed as A Voice of Our Own – Masters at Play, the laughs and comedy will surely flow as two of Ireland’s best ever playwrights Martin Lynch and Marie Jones chat to David Grant.

Joining them for an hour and half’s craic will be local folk singers Maurice Leyden and Jane Cassidy, who will sing the songs of earlier generations of ordinary people who worked in Ulster’s mills and shipyards.

And to celebrate the life of John O’Connor, who was born in the Mill Row, Armagh the sessions will include songs from  County Armagh: Come Day, Go Day, The Bard of Armagh, Dobbin’s Flowery Vale and The Hiring Fair at Hamiltonsbawn, all of which bring alive the Armagh of centuries ago.

The two playwrights are among Ireland’s foremost promoters of everyday language and of turning ordinary life into art. Jones’ prize winning writing includes the 2001 Laurence Olivier Award for her play Stones in his Pockets.

The black humour and subject matter of Martin Lynch’s plays have sometimes sparked controversy, but have always been hugely popular, as best exemplified by his 2003 hit play The History of the Troubles Accordin’ to my Da.

The Charlemont Hotel gig will be a rare chance to get up-close and personal with two of Ireland’s stage greats.

For details of a packed weekend of events see: www.thejohnoconnorwritingschool.com