"It will enable employment growth locally and regionally for skilled welders, designers, production operatives, administration and finance staff, and will be a boost to the local and regional economy." 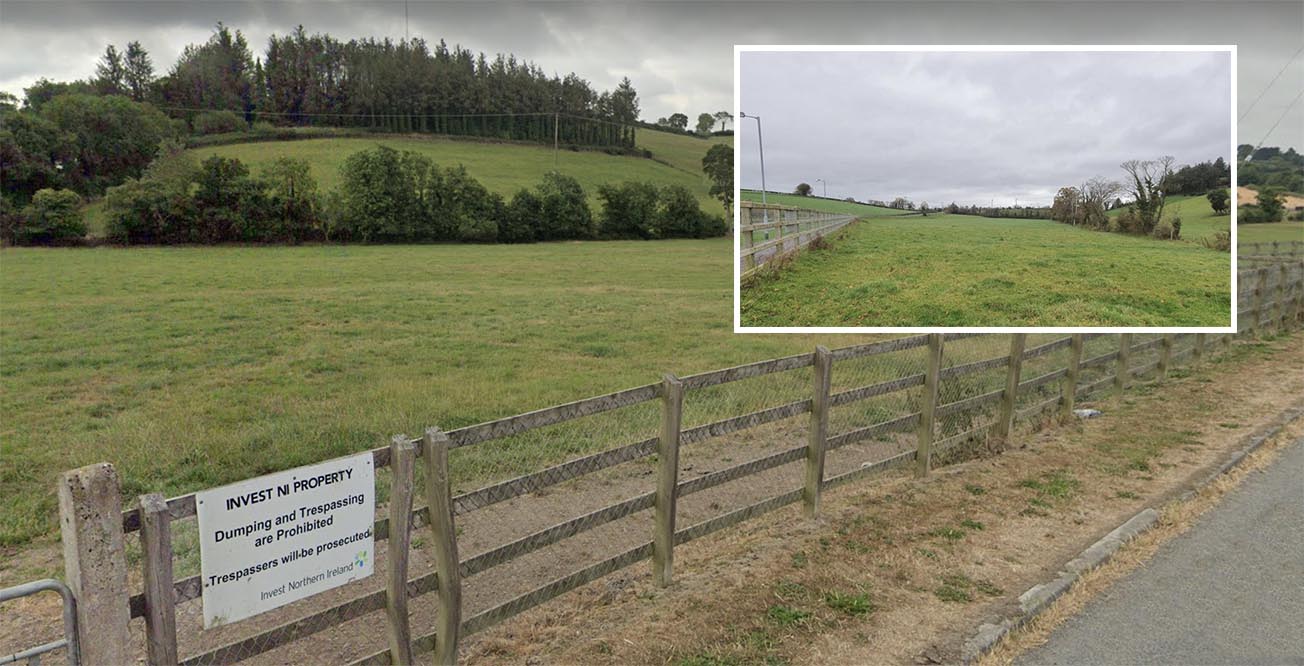 A new multi-million pound state-of-the-art factory is being planned on the outskirts of Armagh in a development expected to create a large number of jobs, Armagh I can exclusively reveal.

But now the company – planning to relocate entirely to the single Armagh site – has ambitions for a new much-larger development, of which this is the second phase.

The level of investment and the number of job opportunities it will bring have both been described as “significant”.

The new factory and associated works fall within the ‘major’ category and, as such, a pre-application notice has been lodged with Armagh City, Banbridge and Craigavon Borough Council to advise of the company’s intentions.

A community consultation document has also been made available from today (Monday), detailing what is expected.

During this period of consultation, which runs until Thursday, June 8, the public can have their say, and any opinions will be considered ahead of the submission of a formal application seeking full approval.

The company is hopeful of moving quickly with the development if given the go-ahead to proceed.

Total Batching Solutions Ltd, currently with its main base at Cabragh Road, was founded in 2014, and specialises in the supply of large concrete batching plant for the ready mix sector.

It is approved by the four major concrete suppliers – Cemex, Hanson, Aggregate Industries and Tarmac – and also supplies to a large range of independent firms.

It is a year since Armagh I first revealed plans by Total Batching Solutions Ltd for a factory development, with floorspace of over 15,000 sq ft, on a site “60 metres south of number 15 Edenaveys Road, which is the nearest residential property”.

This was to be phase one of the company’s plans, which are supported by Invest NI, earmarked for a location which was described at the time as having “opportunities on the remainder of the industrial zoning for further expansion”.

These new proposals represent that expansion and the main focus of the factory development, the second phase, which is a “larger scheme” and will include “remaining lands under the control” of the company at Edenaveys.

According to the consultation document: “Phase two responds to continued increased demand for the company product and will help to deliver significant orders for the foreseeable future and improve operational efficiency.

“The new factory will be used by Total Batching Solutions Ltd to manufacture large concrete batching units and machinery made from a variety of components, many of which are made by sub–contractors off site and assembled in the new facility.

“The main activities carried out in the fabrication building will be welding, fitting, sand blasting, painting and assembly.”

This factory building will offer floorspace of close to 65,000 sq ft. The first of the five development zones will take the form of a ‘goods in’ building stretching to over 3,000 sq ft.

The fourth zone consists of an area of external yard for storage of the finished products.

And the fifth zone – to the southwest corner of the expansive site – will contain a number of single storey modular buildings which will house office accommodation, meetings rooms, storage facilities and welfare facilities.

This area has also been earmarked for a future purpose–built office block.

The new premises will be served by two gated access points from the Edenaveys Road.

Parking provision and landscaping also feature in the proposals.

The consultation document reveals: “It is anticipated that the proposal will provide approximately 75 car parking spaces, including a dedicated area of car parking to be provided within Zone 5 separated from the manufacturing area. HGV and van parking spaces are also provided.

“The proposal where possible will retain all existing vegetation and seeks to introduce a green corridor consisting of planted areas along the entire perimeter of the site. The site will be secured by security fencing and gates.”

According to the pre-application papers, there is a real need for the new factory, on a site located “immediately south of the junction of Ballynahonemore Road and Edenaveys Road“.

The document states: “Total Batching Solutions Ltd is a rapidly developing company, currently trading from three rented premises throughout Armagh, that no longer meets the operational needs of the business.

“The current proposal will enable phase two of its relocation from substandard and fragmented rented properties to a new multipurpose development, enabling further investment and growth within their business.

“Phase one – which encompasses the northwestern corner of the site – is at an advanced stage of consideration by Armagh City, Banbridge and Craigavon Borough Council.

“The creation of a bespoke factory premises at the application site is an essential move for this thriving business.

“The company have carried out a substantial amount of research regarding site location over recent years, and it has proven very difficult to find a suitable site/premises.

“As such they are very excited with the current proposal and the opportunities it would bring to the company.”

After the consultation and the submission of a full application, it is intended the “works will proceed quickly” if planning permission is granted.

The company says the new development will be great news for Armagh and the borough as a whole.

The submission adds: “The proposed development is a significant investment for Total Batching Solutions Ltd and will help deliver significant employment opportunities – both direct and indirect – for the local economy.

“It will enable employment growth locally and regionally for skilled welders, designers, production operatives, administration and finance staff, and will be a boost to the local and regional economy.”